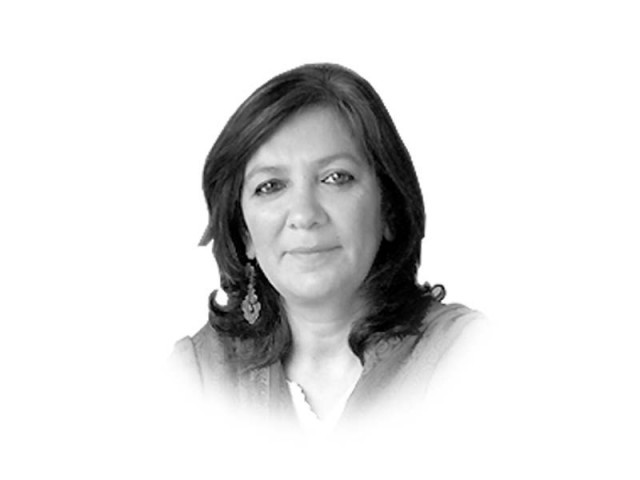 The writer is a consultant and a freelance writer based in New Delhi, where she writes for Business Standard and blogs for The Times of India

At the Olympic stadium in London, where the 5,000-metre heats were being run on August 8, the crowd burst into a deafening roar when they announced Mohamed Farah’s name. It didn’t matter that the lean, young man, sometimes called the ‘nicest man in athletics’ was of Somalian origin because he is now a British citizen. And the British were hungering for a gold medal in the 5,000m.

Farah qualified in the heats and will run the final when it is held on August 11. Certainly, all of Britain is holding its breath until then. Certainly, or at least in my mind, the question boiled over to the top: is Farah first a Briton or a Muslim?

That question, or its variants, is as old as history, of course. India was divided on the basis of religion, not ethnicity or political ideology or just plain common sense. But, of course, we can legitimately argue why the Congress party, if it was always in the right all the time, couldn’t get the Muslim League to look at Britain’s ‘divide and rule’ policy the way it perceived it.

On a recent trip to Srinagar, I wondered at the stupendous architecture of the Jama Masjid and noted that the monument did not have a dome that we take for granted in mosques and Sikh gurdwaras. The Srinagar Jama Masjid, in the heart of the old city and the most favoured place of worship for thousands of Kashmiris, including Hurriyat leader Mirwaiz Umar Farooq, was last restored by the Mughal emperor Aurangzeb after it was burnt down in a fire in the 17th century, and it reflects the austerity of the man. There are several hundred pillars of the deodar tree that hold the massive monument aloft, but instead of a dome, there exists a spire very much influenced by Tibetan architecture.

In fact, the lack of the dome at Srinagar’s Jama Masjid or at the Shahedan Masjid — the man who brought Islam to Kashmir, and very much in the spirit of the Sufi, believed that Kashmiri Hindus must continue to practise their own relgion alongside — also in the city, reminded me of the brilliant sparkling marble mosques built by the president of Kazakhstan, Nursultan Nazarbayev, in the Kazakh capital, Astana.

I was there in June when Nazarbayev inaugurated the mosque, supposedly the largest in Central Asia. I haven’t seen so many young girls in short skirts and make-up, cheek-by-jowl with other girls in Burberry scarves in a mosque ever before.

The experimenting with religion, with Islam in this case, is fascinating. The Kazakhs, like the rest of the Central Asians, are still emerging from their 75-year-old merger with the former communist Soviet Union and rediscovering both their ethnicities and their religious inheritance.

So, even as Syria burns and the Middle East takes sides on the conflict between its Sunni majority and its Alawite rulers — an offshoot of Shia Islam — I wonder what the real reason is behind the recent focus on the maltreatment of the Rohingya Muslims in Myanmar.

Question is, should the Myanmar generals and Aung San Suu Kyi be reprimanded because they have failed to adequately protect the Rohingyas because they are Myanmarese citizens or Muslims? I would certainly vote for the former.

But why travel the world when the issue continues to confront India in the eye, including in the present moment. The communal violence in Assam, between the predominantly Hindu tribals (known as Bodos) and the latter-day Bengali-speaking and mostly Muslim migrants, is already turning into a political football between the ruling Congress party and the right-wing Bharatiya Janata Party (BJP).

The BJP’s senior-most leader, LK Advani, who some years ago sought to reconcile the legacy of Mohammed Ali Jinnah with India’s own history, has roundly criticised the government’s failure to stem the illegal immigration from Bangladesh next door. On the face of it, Advani says that the Assam violence is not religious or communal in nature, but you can almost smell the stench of the anti-Muslim feeling that infiltrates his rhetoric.

Of course, it’s ironic that Bangladesh is refusing to accept the Rohingya Muslims from its own eastern neighbour, Myanmar, but then history is the mistress of irony. Meanwhile, as the Congress party rubs its hands, both unable and incapable of separating a law and order problem from the ethnic and religious issues at hand, Assam burns and neighbouring Bangladesh suffers.

I hope Farah wins the 5,000m at the Olympics in London on August 11. At least for me, it would be the triumph of environment — hard work, grit, total focus on a goal — over his given ethnicity and religion.