Bihari was injure­d in a clash betwee­n PPP and MQM on Wednes­day.
By Our Correspondent
Published: August 10, 2012
Tweet Email 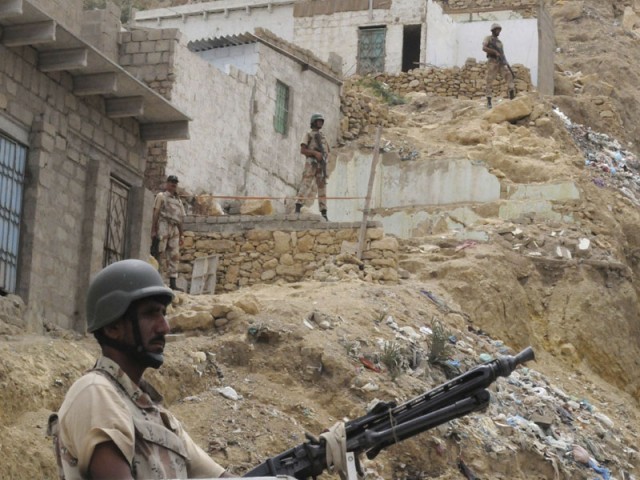 Six people have been killed and three others injured as violence continues in various areas of Karachi. PHOTO: AFP/FILE

Bihari was shot in the abdomen in a clash between PPP and Muttahida Qaumi Movement workers over market stalls, said the Pakistan Bazaar SHO Raja Ulfat.

However, the general secretary of PPP’s Karachi division, Najmi Alam, said that supporters of a political party were distributing slips of Zakat and Fitra in Bangla Bazaar area and when Javed Bihari refused to take the slip they shot him and fled. “He [Javed Bihari] was the PPP activist in Orangi Town area and everyone knows his killers because of the extortion racket they run across the city,” said Alam without naming any political party.

The residents said that five people, including two women, Farzana and Rani, were injured when the protestors opened fire at a passenger buses. Three men were injured and one of them, identified as Adil alias Babloo, succumbed to his injuries during treatment. The areas around Bangla Bazaar resembled a war zone where the supporters of both political parties fired at each other from time to time.

SSP Farooqui told The Express Tribune that more policemen have been deployed in the area to control the situation. Three people were also arrested and booked for arson.