Not only were the two women parade­d naked but they were filmed by the man’s cohort­s.
By Editorial
Published: August 10, 2012
Tweet Email 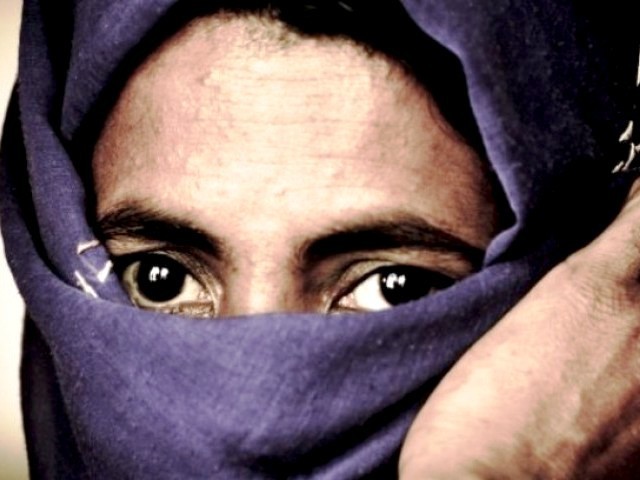 Parading women naked to ‘punish’ them is not just criminal but a misogynistic act. PHOTO: FURSID/FILE

On August 8, a shameful incident in the Khangarh sub-district of Muzaffargarh took place. A woman and her sister were stripped naked, tied to a motorcycle rickshaw and paraded around in public. The reason for this vile act of misogyny was that one of the women had asked for a girl’s hand in marriage for her son but the girl’s father felt insulted that she had dared to  ‘dishonour’ their biradari (clan/caste). However, the woman’s son and the man’s daughter wanted to marry each other. If the man did not agree with this, he could have said no to the proposal in a civilised manner. Instead, he chose to humiliate and punish the victim and her sister. Not only were the two women paraded naked but they were filmed by the man’s cohorts.

The men left them naked on the road when the residents of the area started to protest. The police were conspicuous by their absence while this was going on. Policemen arrived three hours after residents protested and blocked the National Highway. In the meantime, the man fled his house. Those men, who were arrested, denied any knowledge of the marriage proposal and instead accused the women of trying to rob the house. While all reports indicate otherwise, let us for a moment assume that the women were, indeed, robbers.

Why did the man call his friends instead of calling the police to take action against the so-called  ‘robbers’? Parading women naked to  ‘punish’ them is not just criminal but a misogynistic act. There are many more men in our society, who are high on patriarchy, feudalism and their powerful connections and caste(s). It is a shame that our law-enforcement agencies turn a blind eye to such criminal acts as they have been co-opted by these powerful elements. In most such cases, criminals go scot-free. This must not be allowed to continue. The man and his gang of thugs must be punished severely. Until such men are not punished for crimes committed, we cannot dream of becoming an egalitarian society.

Running away from Pakistan