The US needs to realis­e that any policy on drones needs to be carefu­lly worked out with Pakist­an.
By Ali K Chishti
Published: August 8, 2012
Tweet Email 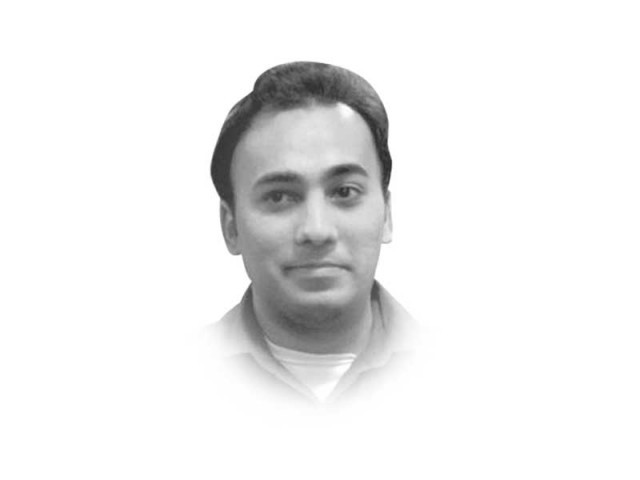 The writer is a correspondent for The Friday Times

It is no secret that drone strikes have become a hot button issue in Pakistan. The Pakistani security establishment has publicly distanced itself from the CIA’s drone programme, while it continues to support it quietly. Pakistani military officials have called the drone attacks in its federally administered area ‘against humanity’ but at the same time, they openly ask the United States for joint control of drone operations and a transfer of drone technology. Only recently, a US team was asked to stop drone attacks and let the PAF bomb Fata instead. So clearly, we don’t seem too concerned with civilian casualties, either.

According to statistics, there have been a total of 311 drone strikes since 2004 that have resulted in a maximum of 2,887 deaths. However, these figures will always remain controversial because of the lack of access of human rights organisations to Fata. However, what’s not controversial is that drone attacks have had an effect. In June 2004, the first drone attack killed Nek Muhammad Wazir in Wana, South Waziristan. The next attack came almost a year later, in May 2005, killing Haitham al-Yemeni — a top al Qaeda member hiding in North Waziristan. Since that time, drones have killed bad guys ranging from Baitullah Mehsud — Pakistan’s public enemy number one — to Atiyah Abd al-Rahman. Drones have managed to kill more enemies of both the US and Pakistan than what ground offensives or any other strategy attempted since 9/11 would have managed to eliminate. Considering the tactical aspect, drones suit Pakistan militarily, too, as the ‘enemy’ had confined itself to remote and virtually non-accessible positions in North Waziristan and its bordering agencies. For example, any Pakistani ground offensive aimed at finishing off Baitullah Mehsud would have cost hundreds of the Pakistan Army soldiers their lives and would have probably led to more civilian casualties than a precise drone attack — same is the case with Ilyas Kashmiri and others.

The Tehreek-e-Taliban Pakistan, which has forged a close alliance with al Qaeda, is emerging as the biggest national security threat to both Pakistan and the US. Drone attacks, which clearly have the backing of the military establishment, continue to confine the enemy. This is proved by the cache of letters found by the Americans during the May 2 raid in which Osama bin Laden directed al Qaeda militants to avoid coming out during the day.

The counterargument on drone attacks is that they fuel more terrorism than they prevent. Understandably, there has been a backlash as a result of the drone attacks, but the fault for that lies as much with Pakistan as it does with any other country. The government’s ill-conceived policies that provided safe havens to mercenaries around the world in the 1980s and 1990s, along with the deals carried forward from the time of General (retd) Pervez Musharraf’s regime, have created a divided country and an area which we brand ‘semi-autonomous,’ i.e., Fata. More interestingly, while we deal with the problems of bringing this semi-autonomous area under our control, at the same time, we are fighting a worthless war for icebergs in Siachen. We need to change this state of affairs.

Pakistan needs a clear policy on drone attacks along with an above board counterterrorism policy that doesn’t pick between the good terrorists and the bad ones. For its part, the US needs to realise that any policy on drones needs to be carefully worked out with Pakistan. As it appears right now, the US seems to be settling for short-term disruptions at the expense of long-term solutions. This approach won’t eliminate the terror threat to either country.

The new DG-ISI General Zaheerul Islam’s visit to the US after resumption of the Nato supplies should be further built upon to enhance cooperation on counterterrorism and especially on safe havens wherever they may exist. It’s about time that the GHQ came out clearly on the issue of safe havens and loosened its control on foreign policy because so far, its strategies have completely backfired.

A tale of two Tatas