'Supreme Court gets too 'free', steps out of constitutional domain': Aitzaz

'Supreme Court gets too 'free', steps out of constitutional domain': Aitzaz 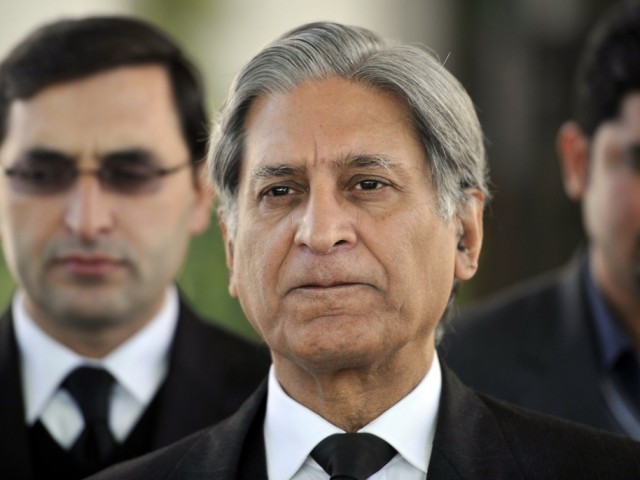 LONDON: Senior Pakistan Peoples Party leader Senator Aitzaz Ahsan has said that, in some matters, the judiciary is stepping out of the domain of the constitution and is getting ‘too independent.’

In an interview with the BBC Urdu on Tuesday, he said that the Supreme Court’s activism is one sided and not equal for all aspects.

“Judiciary is independent, it is too much independent, actually it is getting ‘free’ of the constitution in some matters,” stated Aitizaz.

Pointing towards the supremacy of the Parliament, he said that the parliament can make amendments in the Constitution with a two-third majority, and this cannot be challenged in court.

Commenting on the role of Chief Justice of Pakistan Iftikhar Mohammad Chaudhry, Ahsan said that the fromer’s gallant role against former president General (r) Pervez Musharraf had served to strengthen the democratic setup in the country, but subsequent actions had prompted people to question the judiciary.

Some judgements passed by the Supreme Court recently eliminated any possibility of the country returning to martial law and, therefore, there is no chance of the military taking over in the future, Ahsan noted.

On former Prime Minister Yousaf Raza Gilani’s disqualification by the SC, the Barrister said that he believed dismissing Gilani was a wrong decision, adding that the case was not a matter of disqualification, rather it was an issue related to the jurisdiction of the judiciary.

He questioned that how could the court ask to open a case against the President in a foreign court while the Constitution clearly granted him immunity?

Ahsan said that the stance taken by the Chief Justice in a speech that the judiciary can stop the Parliament from a Constitutional amendment clashes with the Supreme Court’s own decisions. He added that the apex court can review the amendments made through simple majority for any discrepancy within existing articles of the constitution, however, an amendments passed with a two-third majority cannot be challenged in the court.

Talking about the controversial Arsalan Iftikhar case, he said that the proceedings against the CJ’s son had raised questions about the court’s impartiality. He said that the present the judiciary is diverting from the prevailing principles of investigation into Arsalan’s alleged dealings with Malik Riaz Hussain.

PPP to win next elections

Speaking on the upcoming general elections, the Barrister said that the PPP would not only win but also be able to form a government since President Asif Ali Zardari has now the experience of forming a hung parliament.