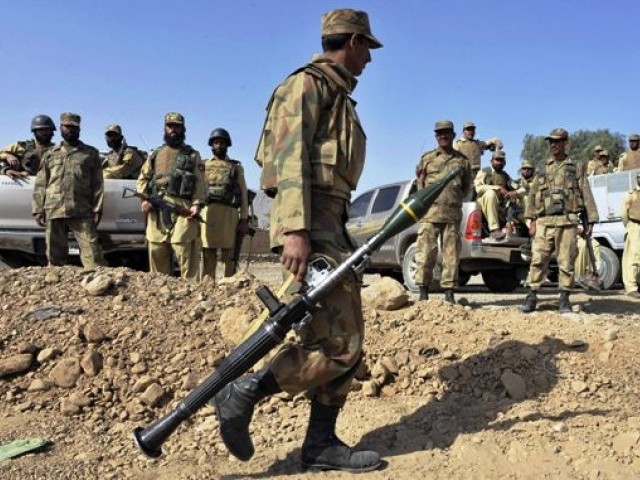 Coordinated actions should not be mistaken for ‘joint operations': Military officer PHOTO: AFP/FILE

RAWALPINDI: A military official on Tuesday rejected The Wall Street Journal report about a probable joint operation in North Waziristan by Pakistan and the US.

“Coordinated actions on respective sides of the Pakistan-Afghan border are a part of routine efforts and should not be mistaken for ‘joint operations’,” the official said.

He further stated that the targeted action during the operation “Tight Screw” in North Waziristan by the Pakistan Army is an ongoing process.

“The operation to squeeze terrorists has been carried out for some months now and there is no new operation as mentioned in the report,” he said.

“When, where and how to carry out within our territory is up to Pakistan alone to decide,” he concluded.