No immunity for PM: Zardari to gather legal eagles to prepare for Aug 8

No immunity for PM: Zardari to gather legal eagles to prepare for Aug 8 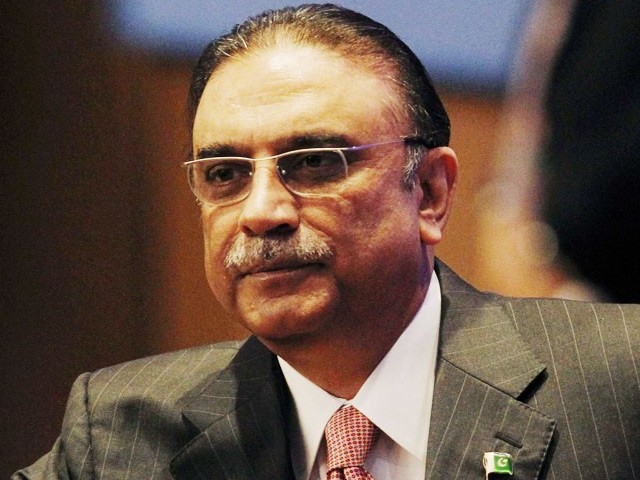 Options include re-introducing a modified, but similar contempt law through a presidential ordinance. PHOTO: REUTERS/ FILE

With no legal cover for the prime minister when the National Reconciliation Ordinance (NRO) implementation case resumes on August 8, the ruling party has a number of questions before it – which will be posed in a meeting of its legal eagles with President Asif Ali Zardari.

The meeting will determine what the ruling Pakistan Peoples Party (PPP)’s strategy will be in the wake of the Supreme Court striking down the contentious Contempt of Court Act 2012 – a law that had controversially provided immunity from contempt charges to top office holders, including, most importantly, the prime minister.

The government has already seen one of its premiers sent packing on contempt charges after he refused to follow court orders regarding writing a letter to Swiss authorities – and a similar fate hangs over the head of the new prime minister, Raja Pervaiz Ashraf, who has also thus far demurred from writing the letter, which will go against the incumbent president, who is also the chief of the ruling PPP.

“The president will be meeting his legal aides. Only after this meeting will I be in a position to disclose what our strategy will be,” Information Minister Qamar Zaman Kaira told The Express Tribune. Presidential spokesman Farhatullah Babar said the meeting could take place “any day soon.”

Sources said that the meeting will take place today (Sunday).

Several options were already discussed on Friday night – most controversial of which was the option of re-introducing another contempt law that is similar in nature to the one struck down by the SC.

However, given the time frame and reported reluctance on the part of PPP’s allies,  the ruling party is left with only one option should they opt for this route: a presidential ordinance.

Sources said that the law ministry has already sent a draft of the proposed ordinance to the Presidency where Sunday’s meeting of PPP’s legal brains will discuss it.

The government, though, is not ready to disclose its cards just yet, saying that a final decision will be taken after President Zardari holds the meeting with his legal aides.

On the other hand, PPP’s allies did not appear to be committing any unconditional support just yet. “If the new bill is in accordance with the consultation of the allies, we will support it. But if it violates the Constitution, then we will express our reservations,” Wasay Jalil of the Muttahida Qaumi Movement (MQM) told The Express Tribune. He clarified that his party accepted the apex court’s decision. Jalil stated that, “We [MQM] will try to convince our coalition partners to remove defects [from the proposed bill].”

The stance of another ally, Pakistan Muslim League-Quaid (PML-Q), was not much different from that of the MQM. “We will decide after looking at the [draft of the new bill],” said Senator Kamil Ali Agha of the PML-Q. Responding to a question if the party had given its word of support to the PPP during Friday’s meeting, Agha added that “nothing was finalised during that meeting …the government discussed four or five options it had to deal with the situation and we will decide our strategy after knowing which option [they] are going to choose.”

However, Senator Haji Muhammad Adeel from the Awami National Party (ANP), another one of PPP’s allies, said his party would support parliament. “We will support the new bill if it agrees with our policy, irrespective of the fact that if Supreme Court strikes it down once again,” Haji Adeel told The Express Tribune. While explaining his point of view, the senator was adamant it was parliament’s duty to legislate and the court’s to interpret. But, he added, the court had taken up the responsibility of striking legislation down.

Responding to a question regarding the best option available to the government, Adeel said that the “issuance of an ordinance would be the best … it would remain in the field for 120 days, otherwise it would lapse if it is not endorsed by parliament.” A legal expert opined that, in case the government issued an ordinance, it would be challenged in the court immediately. “It is likely that a decision will also come in a day or two because the court would say that it has already decided the legal points related to the issue,” Salman Akram Raja stated.