They are likely to buy thousa­nds of tons next season.
By Our Correspondent
Published: August 5, 2012
Tweet Email 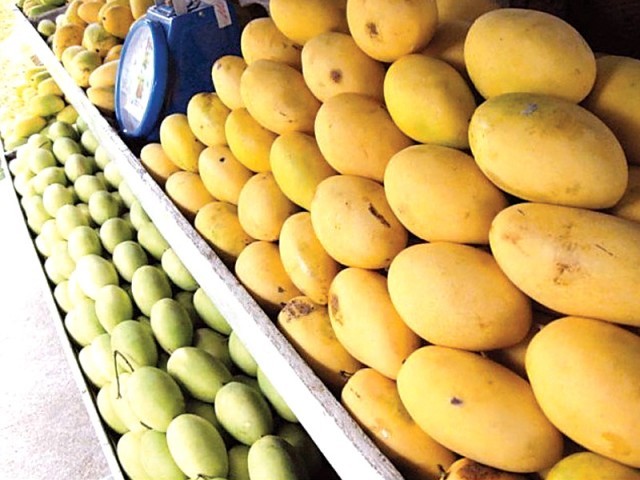 The importers expressed keen interest in Pakistani mangoes as the fruit was considered the best among mangoes imported from the Philippines, Vietnam and Taiwan. PHOTO: FILE

South Korean importers have started visiting Pakistan following approval of Pakistan’s mango quality and hopes have emerged that thousands of tons could be exported to Korea next season.

Over the past few weeks, a couple of delegations from Korea visited quarantine facilities and plants in Pakistan and also held meetings with leading exporters of mango, say local fruit processors.

According to the processors, the Korean importers and experts expressed keen interest in mangoes as the country’s fruit was considered the best compared to mangoes imported from the Philippines, Vietnam and Taiwan.

After visiting a top fruit firm – Iftikhar Ahmed and Company – on Friday, a three-member Korean delegation, comprising Myung Seung Jin, Chief Executive Officer of IKP Korea Company, Sooba Khan, Executive Director of IKP and other executives, termed the hot water treatment facility and other plants installed for processing mango ‘up to the mark’.

“As Korea has allowed import of mango from Pakistan this year after an in-depth inspection of quality and standards, at least 4,000 to 6,000 tons can be exported in the next couple of years,” said Waheed Ahmed, Co-Chairman of Pakistan Fruit and Vegetable Exporters, Importers and Merchants Association.

Besides fresh mango, the delegation also expressed interest in mango pulp which could be exported throughout the year, he said. A memorandum of understanding (MoU) was also finalised with the Koreans for starting commercial trade by next season.

The opening of the Korean market is a landmark achievement after winning Japanese, US and other high-value markets. “Korea has demand for at least 20,000 tons of mango, which is currently being met through imports from a few countries. But the delicious, aromatic and different varieties of mangoes grown in Pakistan have no parallel,” Myung Seung Jin remarked.

Doors could also be opened to other fruits of Pakistan once mango reached the Korean markets, he said.

According to Suhail Nisar Churra, Chairman of Pakistan-Korea Business Council of the Federation of Pakistan Chambers of Commerce and Industry, despite a 30% duty on mango imports, the Pakistani fruit could have a good demand in the Korean market. He, however, called for swift processing of mango at the existing facilities.

“More delegations of importers are likely to visit Pakistan in the next few months,” he said.