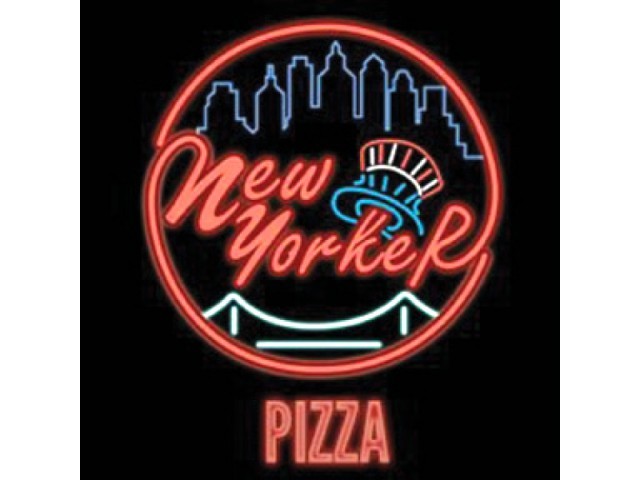 Four friends get together to offer the thin stuffed crust variety.

While Lahore and Karachi are famous for their culinary offerings, Islamabad lags far behind when it comes to variety. Although restaurants have been sprouting up in the capital, many would agree that the one thing the city lacked is authentic American pizza.

Four young food lovers decided to take matters in their own hands and give Islamabad a taste of New York-style stuffed thin crust pizzas that are known to satiate the appetites of pizza lovers. Usman Ahmed, Shehryar Nashat, Jawad Jahangir and Salman Ahmed are the brains behind a new venture, New Yorker Pizza, which offers home delivery and take away only.

“Every time we would get together and order pizza we’d realise it was a compromise as it would have a typical desi taste and be of poor quality,” said Usman. So the four decided to get together and offer the city a pizza that “would be fulfilling not only in taste but in size as well.”

Size is definitely an ace up the New Yorker’s sleeve, who offers a whopping 21-inch pizza as their largest size, known as the “Empire State”. After that comes half the size, called the “Half of Manhattan” and for those who want to only order enough for themselves, one-slice pizza called the “Slice of Long Island” is also available. The prices range from Rs349 to Rs1,799.

Starting off with six different flavours including a veggie pizza, the New Yorker seems to have kicked off to a good start on their first day. “I tried their first batch and I’m impressed. The thin stuffed crust was just perfect and the sizes are huge, but the best part was the taste, not too heavy and greasy,” said Salwa Akhtar, a customer.

With their slogan, “We just made your day”, the owners insist that the quality of ingredients is something they never plan on compromising. “All our ingredients except for the chicken are imported,” said Usman.

“The cheese is French and the beef pepperoni is from Saudi Arabia. The whole idea is to offer a taste that is a far cry from the local heavy desi-styled pizzas,” he added.

Although Usman and Shehryar now live in Karachi and manage the supply chain from there, they insist that opening up in Islamabad was always their first choice. “We are all Islooites at heart. Even when we get together we talk about Islamabad all the time.”