Violating the laws of physics on national television

Violating the laws of physics on national television

The basic idea behind the Khairp­ur device is not new and has been shown not to work.
By Amer Iqbal
Published: August 3, 2012
Tweet Email 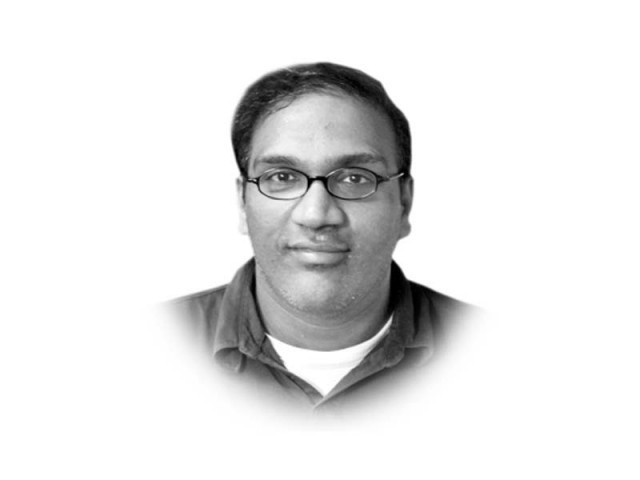 The writer is a theoretical physicist with a doctorate from MIT. He is an associate professor of physics and mathematics at LUMS

Just a few weeks ago, the discovery of a new particle was celebrated by physicists the world over. The properties of this new particle are being studied and many expect it to be the Higgs boson predicted by the Salam-Weinberg Electroweak theory. If confirmed as the Higgs Boson, it provides for the completion of the standard model of particle physics. The standard model is the culmination of 100 years of particle physics, which began with the discovery of the electron in 1897. This theory predicts with extreme precision — in some cases one part in 100 billion — the properties and interactions of all the fundamental particles and is one of the two foundation stones of modern theoretical physics, the other being Einstein’s general theory of relativity. Once again, our understanding of the basic laws of physics was confirmed by the discovery at the Large Hadron Collider (LHC), an experiment 10 years in the making.

The basic principles on which entire physics rests, include the laws of thermodynamics and the law of conservation of energy. The discovery of new particles in accelerators, such as the LHC, rests on the premise that the conservation laws of energy and momentum hold and this has been confirmed to extreme precision.

Thus, it would be utterly impossible to see a violation of this law in everyday events or even at an atomic scale. However, this is exactly what is being claimed by an engineer from Khairpur, Agha Waqar Ahmad. For the last few weeks, he has appeared in many TV programmes on national channels claiming to have developed a device, which allows a car to run on water. Apparently the Pakistan Council of Scientific and Industrial Research (PCSIR) has confirmed his claims as indicated by the statements of the PCSIR Chairman, Dr Shaukat Pervaiz, in the programme “Capital Talk” (July 31).

The basic idea behind the Khairpur device is not new and has been shown not to work. Here is what Agha Waqar is proposing: electrical energy, from the battery, electrolyses water into its constituent hydrogen and oxygen; the hydrogen is then burned in the engine thus recombining with oxygen to produce water, while producing heat and mechanical energy to run the car. Part of this mechanical energy is used to run the alternator to charge the battery. To put it simply, the battery runs the car and charges itself. This is absurd and impossible!

The absurdity of the Khairpur device can be understood by drawing an analogy with another similar mechanism. Consider the following argument. Electricity can be used to run a car and electricity can be produced by using a wind turbine. Given these two facts does it make sense to install a wind turbine on the roof of an electric car? The flow of air due to car cruising at some speed rotates the turbine and turbine provides electricity, which allows the car to keep on cruising. Or how about an electric pump, which pumps water into a reservoir at a certain height so that when water flows down from the reservoir, it rotates a turbine, which generates electricity for the pump? What is being proposed by Agha Waqar is as absurd as the contraptions mentioned in the above thought experiments. Such hypothetical devices are known as perpetual motion machines and their existence violates basic laws of physics.

Scientific frauds are not rare and several have been able to carry on for a long time because of their sophisticated nature, but the way an ordinary engineer has been able to do it on national TV for several weeks, with scientific institutions such as the PCSIR backing him, is mindboggling. If nothing else, it demonstrates the incompetence of people running these institutions. The PCSIR chairman appeared in two different programmes (“Kyun” and “Capital Talk”) and it was clear from his statements on both programmes that he had no clue what the underlying issue with the Khairpur device is, his only “research” on the topic being the a printout about hydrogen fuel cells from the website http://www.howstuffworks.com. I hope when in coming days this claim is found to be fraudulent, the PCSIR chairman will have the decency to resign from his post. It was sad to see Dr Abdul Qadeer Khan and Dr Samar Mubarakmand display their lack of understanding of basic physics and history of scientific development on national TV channels. However, Dr Attaur Rehman’s comments and his attempt to teach Agha Waqar Ahmad some basic physics were admirable.

Groundbreaking claims require a high level of proof. It is not clear why the producers of “Capital Talk” did not ask a team of scientists, well-versed in the area, to test the claims before presenting it to the world. Contrary to the claims of minister for religious affais, Khursheed Shah (“Capital Talk”, July 30), no LUMS faculty member has seen or approved the Khairpur device as far as I know. It is not surprising that ‘water as fuel’ claims appear every few weeks on national TV since such fraudulent claims are not properly vetted and the potential payoff is huge.

Experiments sometime do contradict prevailing theoretical models. One famous example of this is the experiment determining the energy emitted, at a certain wavelength, by a black body. A black body is an object that absorbs all light that falls on it and hence appears black; it is also a perfect emitter. The results of this experiment were not in agreement with theoretical understanding of the black body radiation at that time. The reconciliation of observation and theory marked the beginning of quantum theory. However, what needs to be understood is that the new theory encompasses the old one and extends it. It is not usually the case that the old theory turns out to be completely wrong. For example, Newton’s theory of universal gravitation works very well if we would like to calculate the trajectory of, say, a cricket ball. But we know that Newton’s theory is not correct, the correct theory being Einstein’s general theory of relativity. We can still use Newton’s theory since the deviations from it are extremely tiny and become significant only when the gravity is strong such as near a black hole or when we want extreme precision such as for global positioning system.

The utter lack of scepticism regarding such claims is sad not only because it shows poor understanding of basic science by people apparently running ‘scientific’ institutions and those, who have been eulogised by folklore in this country for ‘their achievements’, but also shows how desperate we are to believe that Pakistanis can also do something extraordinary. The desperation to believe in ourselves as a nation possibly stems from an utter failure in sciences, while scientific and technological progress by others keeps on gathering pace and the gulf grows ever wider, likely to be unbridgeable by now.

Fawad Khan: ‘My priority is my country’