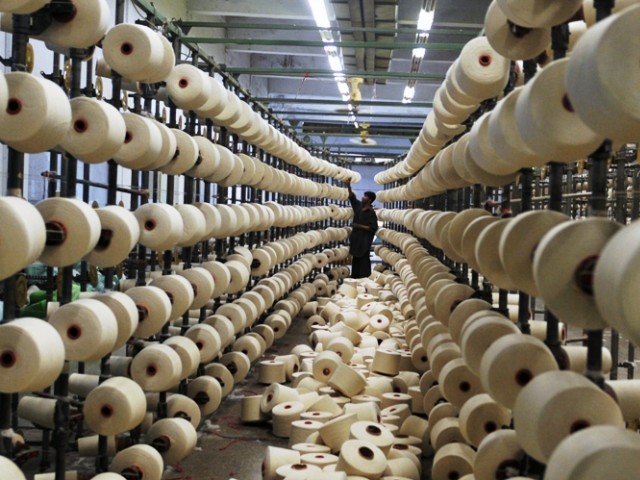 AILING INDUSTRY: 40,000 is the number of loom machines that were sold as ‘junk’ to scrap dealers in Faisalabad last year due to the reluctance of investors to revive the sector. PHOTO: AFP

FAISALABAD: As the energy crisis tightens its grip on Pakistan, the textile sector is seeing a halt in capital investments by several leading players who have also stopped importing new technology into the country.

Industrial upgradation is considered essential for the survival of any sector; however there are a number of other reasons that led to the state in which the textile sector is in. The foremost is the energy crisis leading to a steep decline in profits with market leaders suffering enormous deficits.

The industrialists while talking to The Express Tribune said that the machineries remain idle for most of the time due to prolonged power outages. This is contrary to the 2004-05 trend when the sector invested heavily into their businesses resulting in value addition and significant increase in exports.

The tendency to expand the industrial units by the businessmen has changed. There is hardly any new project in the textile sector due to lack of investor confidence and investment in the market, they added.

The profits in the industry have stopped growing and layoffs have become a custom. The driving force behind the textile industry, clothing and cotton divisions, are struggling to even cover their fixed expenses.

Supporting industries like printing, dyeing, waving, processing, chemicals have not invested to upgrade their machinery due to the slowdown of the textile industry owing to continuous losses for the last five years, said Umar Textile Chief Executive Officer Rehan Naseem.

During the present deteriorating situation, the banks have refused to provide finance to millers. The industrialists are facing severe shortages of capital due to massive losses and declining textile exports, he added. Only few major corporations are capable of surviving and keeping up with the latest advancements in technology, Naseem added.

Many industrialists were selling their plants as scraps or converting their factories into housing units.

The government has to ban the exports of raw cotton, yarn and fabrics as surplus stock were necessary to save the labour intensive textile units. In absence of cheaper and sufficient capital, small mills are going ‘bust’ when raw material prices go up, said Ramy Weaving Industries Chief Executive Officer Waheed Ramy.

Value-added textile was the leading sub-sector that contributed considerably in increasing exports, said Ramy, adding that due to entrepreneurs’ reluctance to invest in the sector; 40,000 loom machines were sold to scrap dealers in Faisalabad last year.

He said that comprehensive policies are required to expand the private sector and revive the textile industry. Pakistan can exponentially grow its economy if the government structures its policies to revitalise the textile sector.