Israr Hussain, Khurram Inam out of the Olympics

Israr Hussain, Khurram Inam out of the Olympics 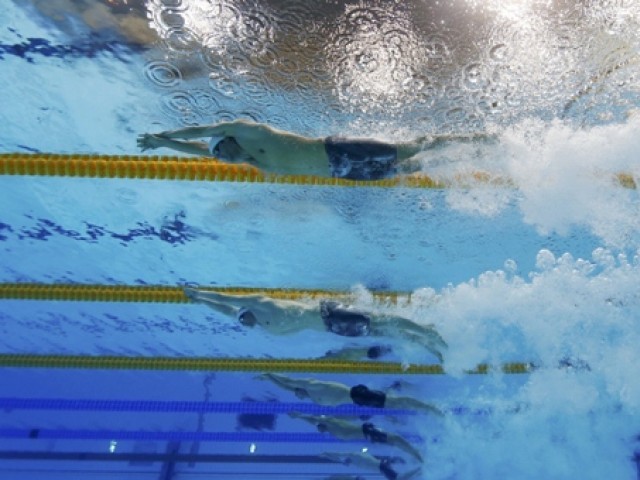 Hussain earned a wild-card entry to the London Games after his show in the Shanghai qualifiers. PHOTO: REUTERS/FILE

LONDON: After Pakistan’s sole female representative in the Olympics swimming event Anam Bandey was knocked out, the country’s other swimmer, Israr Hussain, also failed to keep afloat at the mega event. While Pakistani shooter Khurram Inam too was blown away in the skeet event.

National champion Hussain dived into the pool for the men’s 100m freestyle today but only to finish last.

Hussain had earned a wild-card entry to the London Games after his show in the Shanghai qualifiers.

Hussain hails from the suburbs of Rawalpindi where he used to swim in a lake and, in order to pursue his passion for swimming, he enlisted himself in the Army and has been participating in local events for the last 10 years.

“Participating in the Olympics has been my life-long dream and it is about to come true,” Hussain had told The Express Tribune from London before the start of the mega event. “I have been personally training for it since 2008. It is my first time at the Olympics so I am thrilled and nervous at the same time.”