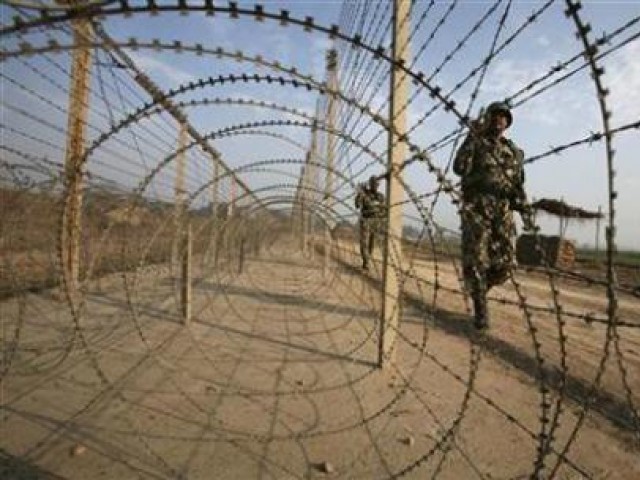 The tunnel, with a dimension of 3x3 foot, was running between Chillayari BOP and Pakistan's Numberiyal BOP. PHOTO: REUTERS

JAMMU: Indian authorities on Saturday discovered a 400-metre long tunnel, running between India and Pakistan, along the International Border in Samba district of Jammu and Kashmir, reported Press Trust of India.

“We have discovered a tunnel running between Pakistan and India in Samba district,” the report quoted Superintendent of Police (SSP) Samba Israr Khan as saying.

The SSP was further quoted as saying that the tunnel was detected after an area caved-in at two or three places due to rains near the Border Security Force’s (BSF) Chillayari Border Out Post (BOP). He added that the tunnel, with a dimension of 3×3 foot, was running between Chillayari BOP and Pakistan’s Numberiyal BOP.

Dug at a depth of 25 foot below the ground level, it was 400 meters long on the Indian side, the SSP said adding “we are confirming whether the tunnel is operational or not.”

The tunnel, which seemed to be freshly constructed, had air supply through a 2 inch pipe, he said adding “we are looking into all aspects.”

Commenting on Pakistan facing a lot of pressure from the militants to infiltrate them into the Indian Territory, the SSP said, “Since it is difficult to push in militants to the Indian side, they decided to set up a tunnel to facilitate infiltration.”

Earlier, The Express Tribune has reported that Pakistani intelligence agencies have busted an Indian spying ring in Azad Jammu & Kashmir (AJK) which was being run by operatives across the Line of Control (LoC).

Sources told The Express Tribune that members of the ring – which included an ex-soldier and two civilians – were providing military-related sensitive information of Pakistani defences.

Spies were also providing bogus information regarding Mujahideen camps and their activities to their Indian handlers.

The triumph of criticism