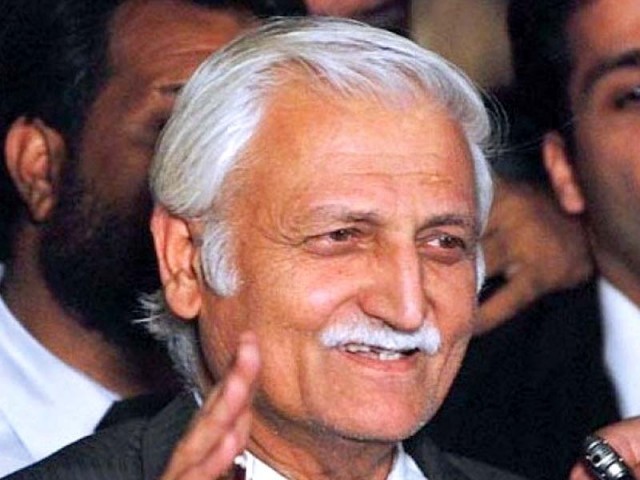 " Such comments only undermine the prestige of parliament… it is not a good omen," Presidential spokesperson Farhatullah Babar.

In a rare occurrence, members of the treasury bench of the Senate defended the opposition against perceived criticism by the Supreme Court.

Friday’s Senate session saw members of the treasury expressing their concern and anger with apex court judges for scrutinising the opposition’s role in parliament during the passage of the contempt of court bill. A few days ago, the Supreme Court, while hearing petitions against the new law, had questioned the wisdom of staging a walkout instead of opposing the bill while in the house.

Senator Ejaz Dhamra of the Pakistan Peoples Party (PPP) alleged that the judges were igniting the opposition against the government. “Judges should know that such statements by them could be akin to inciting violence in Pakistan,” he said.

In his response, the president’s spokesperson, Senator Farhatullah Babar, strongly urged the judiciary to exercise restraint in dealing with parliament. “I was concerned with the reported remarks of a Supreme Court judge during a hearing, where he claimed that a section of parliament failed to perform its duty. Such comments only undermine the prestige of parliament… it is not a good omen,” said Babar.

He said that parliament had demonstrated great respect for the judiciary by refraining from passing comments on judicial proceedings. He added that, in return, the parliament expected judges to exercise restraint in commenting upon how it functions, and by honouring public mandate.

Babar went on to say that the record shows that parliament has been displaying “great maturity and restraint” in its conduct and relations with the judiciary. “This maturity was demonstrated by parliament in promptly accepting the judiciary’s views in the matter of judges’ appointments at the time of the 18th Amendment and also in promptly handing over a record of parliamentary proceedings when asked.”

On Thursday, Chaudhry Nisar Ali Khan, leader of the opposition in the National Assembly also released a statement taking exception to the court’s remarks.

Earlier in the proceedings, Rehman Malik, adviser to the prime minister on interior affairs, once again took oath as member of the Senate amidst celebration by fellow party members, just weeks after being suspended by the apex court on holding British citizenship at the time of his oath.

Malik also faced severe criticism from the opposition benches, which alleged that the current session was specially summoned for his oath-taking. The opposition claimed that the session would cost the national exchequer Rs140 million.

Later, Malik was also sworn in as the minister for interior affairs by President Asif Ali Zardari.

The opposition also challenged the status of Jahangir Badar as leader of the House in the Senate after Prime Minister Raja Pervaiz Ashraf’s election and the new cabinet’s oath taking. PML-N’s Raja Zafarul Haq pointed out that the leader of the House represents the prime minister in his absence in the Senate, and a notification in this regard from the new prime minister is mandatory.

Law Minister Farooq H Naek assured the members, who spoke on a point of order, that steps would be taken to correct any unintentional errors.

There was no question hour during the 84th week long session of the Senate, but an announcement was made that questions would be taken up in the next session.

The House will begin debate on Balochistan on Tuesday, which will continue for three days and will later complete a discussion on the president’s address to the joint sitting of parliament. The House will meet again on Monday evening.