JIT report says the tribal doctor was not kidnap­ped by Lashka­r-e-Islam, rather he went volunt­arily.
By Iftikhar Firdous
Published: July 26, 2012
Tweet Email 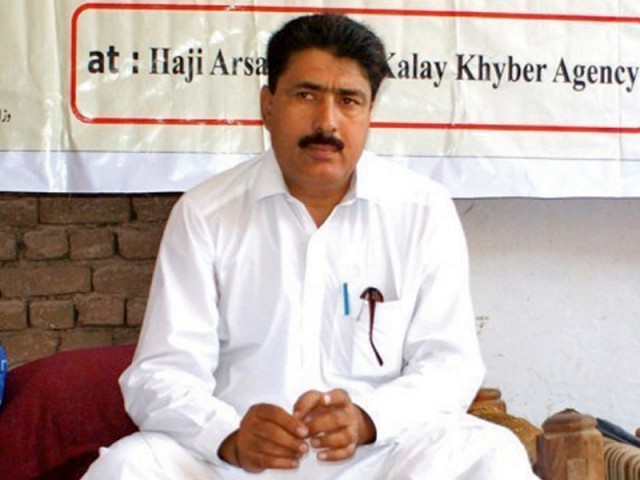 Dr Afridi, who was convicted of treason by a tribal administration, had applied for US visa in 2008 with most of his relatives already settled there. PHOTO: FILE

Investigators have made a startling revelation: a tribal doctor who had helped the American CIA track down al Qaeda chief Osama bin Laden in his Abbottabad compound was not kidnapped by the Lashkar-e-Islam (LeI) extremist group as was claimed by him.

Dr Shakil Afridi went along with LeI extremists to treat their injured comrades, according to a report of the Joint Investigation Team (JIT) submitted to the court on Wednesday.

The Mangal Bagh Afridi-led LeI, which once virtually ruled the entire Bara Tehsil of Khyber Agency, is now holed up in the remote Tirah Valley.

The JIT report claims that Dr Afridi frequently met with Khyber Agency-based extremist groups after his appointment as in-charge of the Dogra Hospital in 2008.

Dr Afridi, who has been convicted of treason by the tribal administration, had applied for American visa in 2008 as most of his relatives were settled in the United States, the report says. Dr Afridi and his children were issued five-year visas while his wife got only one-year visa.

In July 2008, Dr Afridi went to the United States, where he met with another Pakistani doctor who offered him help in seeking asylum. For this purpose, the doctor said, he would have to convince the judge that Dr Afridi was kidnapped by LeI militants.

In November, 2008 Dr Afridi met with ‘Michal, aka Mike’, the country director of Save the Children, who invited him to Islamabad.  When Dr Afridi did not visit him for 10 days, Mike called him up and asked him about the delay. The two agreed to meet at Saeed Book Bank, Jinnah Market, at 7:30pm on Saturday.

Dr Afridi was then driven to a house in F-6 Sector, Islamabad, where he was introduced to a 38-year-old woman, Kate. They had a dinner meeting and then Dr Afridi started seeing them on first Saturday of every month in Islamabad.

Dr Afridi was assigned the phony vaccination campaign, which led the CIA to the Bin Laden hideout, when Toni was his handler. In January 2011, Suee told Dr Afridi to carry out a hepatitis-B vaccination campaign in Bagh, Muzafarabad, Mansehra and Abbottabad. The vaccination was meant for women between 15 and 45 years of age.

The vaccination drive began on March 13 in Nawa Shehar, Abbotabad. It had to be completed in three phases within 6 months. However, Bilal Town, particularly its Pathan Street, where the Bin Laden compound was located, was included in the vaccination drive after a month.

Suee had asked him to bring empty vials and kits back to Islamabad after completing the campaign.

A ‘prominent house’ in the town (Bin Laden’s compound) had refused to cooperate with the vaccination staff. Lady health workers told Dr Afridi that the house belonged to two brothers from the Waziristan region.

On May 5/6 Suee called up Dr Afridi and asked him to flee to Afghanistan immediately because his phony vaccination campaign had helped the CIA track down and kill Bin Laden in his Abbottabad compound.

However, Dr Afridi refused to go to Afghanistan because he thought that he had nothing to do with the al Qaeda chief’s death.

Correction: An earlier version of this article incorrectly stated that Dr Afridi went to the US in “2009” instead of “2008”. A correction has been made.