Compan­y may face defaul­t if money is not provid­ed by Friday.
By Our Correspondent
Published: July 25, 2012
Tweet Email 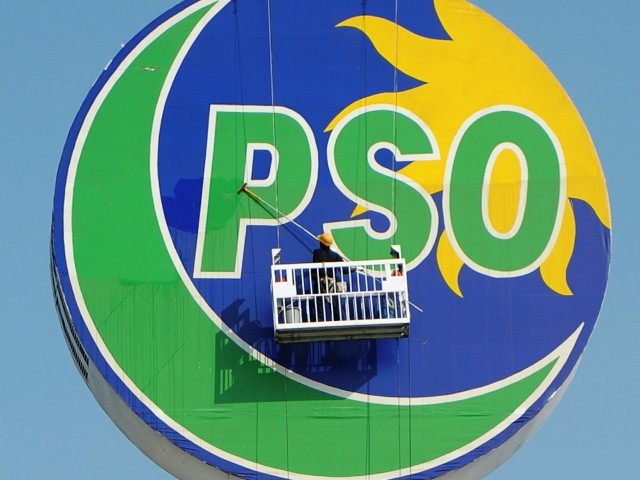 PSO is facing financial constraints because its receivables, mainly from power companies, have soared to Rs234 billion while it has pay Rs188.32 billion to local and international fuel suppliers PHOTO: AFP/FILE

Pakistan State Oil (PSO) has warned the government that it is facing default on payments to international fuel suppliers on coming Friday and has sought immediate release of Rs23.5 billion for retiring letters of credit.

PSO is facing financial constraints because its receivables, mainly from power companies, have soared to Rs234 billion while it has pay Rs188.32 billion to local and international fuel suppliers, officials say.

A senior official of the Ministry of Petroleum said if the PSO defaulted on payments, it would not be able to continue uninterrupted fuel supply to power plants, which would deepen the power crisis.

At present, the power shortage stands at around 4,000 megawatts with protests and violence continuing due to prolonged outages across the country. Chashma nuclear power plants I and II have tripped due to technical faults, causing a shortfall of over 600 megawatts.

“PSO needs immediate release of Rs23.5 billion to retire letters of credit by Friday in order to ensure supply of 28,000 tons of oil per day to the power sector,” the official said, quoting a PSO letter sent to the finance, water and power ministries as well as the energy committee.

PSO has also asked the government to arrange Rs15.5 billion for first 10 days of next month in order to ensure smooth supply of oil to the power plants.

In another letter, PSO has requested the ministries to immediately release Rs50 billion if the government wants to ensure supply of 28,000 tons of furnace oil per day to the power companies by September to overcome load-shedding.

“We have also requested the government to clear the entire outstanding amount of Rs234 billion,” a PSO official said, As on July 24, PSO was to receive Rs61.2 billion from Wapda, Rs106.7 billion from Hubco, Rs34.6 billion from Kapco and billions of rupees from others.