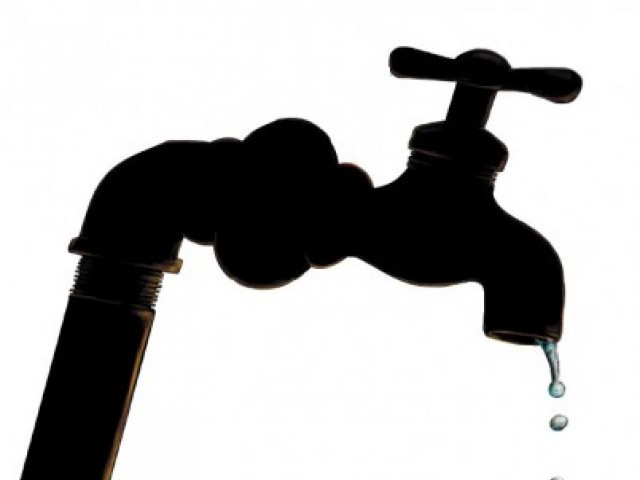 The federal government has refused to finance the much-talked about Greater Karachi Water Supply Scheme - commonly known as K-IV.

The water board’s ability to give new connections are now likely to be seriously limited as the federal government has refused to finance the much-talked about Greater Karachi Water Supply Scheme – commonly known as K-IV.

The Central Development Working Party (CDWP), the highest government body to take decisions on important projects, has not only refused to fund K-IV but it has also raised questions about its estimated cost of Rs29.67 billion.

“The subject of water supply has been devolved to the provinces under the 18th Amendment, therefore, there appears [to be] no justification to implement it through the Federal PSDP,” say the minutes of a CDWP meeting held in June.

The K-IV scheme envisages bringing 650 million gallons per day (MGD) of water to the city. Karachi’s total water demand has crossed 1,200 MGD but supply is about half at around 600 MGD.

The federal government was supposed to pay for one-third of the cost. But the finance division has refused to fund it.

The Karachi Water and Sewerage Board (KWSB) has been struggling for the last few years to start work on the pipeline, which will channel water to the city from Keenjhar Lake. The KWSB receives about 1,150 cusecs a day from the lake, according to chief engineer Iftikhar Ahmed.

After multiple delays, the water board had set a 2015 target to complete the first phase of the project, which would have added 260 MGD to the water supply.

The refusal to fund K-IV will further delay work as the provincial government doesn’t have enough money to undertake such a big project itself, officials said.

The Sindh government had allocated Rs2 billion as part of its share for the project in the last two budgets but work still couldn’t take off. The money is just not enough, a senior KWSB official said.

In its new budget, the water board has asked for Rs13.25 billion for the government-funded water projects, including K-IV and K-III. The CDWP has also criticised the cost estimates provided for the scheme. It said that the “exaggerated scope of the project needs justification.” It was also pointed out that a detailed feasibility study and the vital environmental impact assessment were missing – mandatory requirements for all mega projects.

The matter has been taken up by a standing committee, which in April, discussed with the irrigation department how it would develop the infrastructure to carry the water from Kotri to Keenjhar via the KIV. But this may now be entirely on hold. The water board has to not only plan ahead for Karachi’s increasing population and hence demand, but it also has the stress of having to plug leaks in its aging infrastructure.

In April this year it attempted to crack down on illegal hydrants by closing its own to discover who was stealing. They discovered that the supply to two neighbourhoods, DHA and Clifton, went up by as much as one-third once the hydrants were closed. Businessmen running 5,000 water tankers protested, an indication of how large the informal supply network is.

Sindhi nationalists will not cooperate with PML-N, says JSQM chairman