Conflict, security and development: The hidden costs of violent conflict

Conflict, security and development: The hidden costs of violent conflict 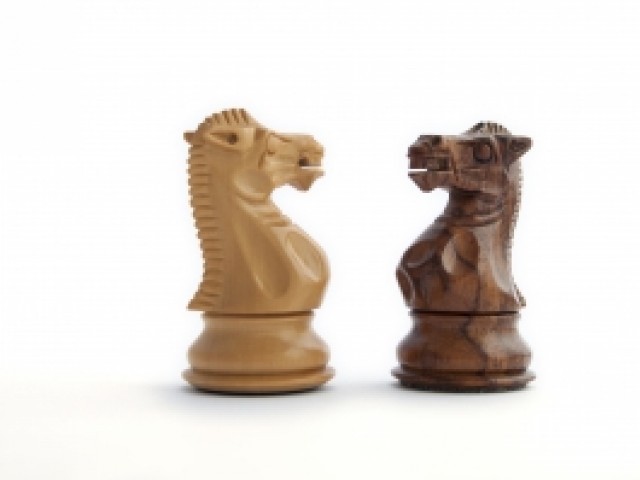 Estimating cost of conflict on the economy is never easy, but even conservative estimates run into billions of dollars.

The region of South Asia is profoundly marked by internal conflicts.

Indeed, there is not a single country in the region today, except perhaps for Maldives that has remained unaffected by national strife and violence. Nor are there any signs of abatement in the number of casualties, except in Sri Lanka.

The region’s economic viability, especially where conflict is burgeoning or entrenched, is seriously challenged, as are the social conditions that form the basis for stable community life. According to the World Bank World Development Report 2011 a civil conflict costs the average developing country like Pakistan roughly 30 years of GDP growth, and countries in protracted crisis can fall over 20 percentage points behind in overcoming poverty.

Conflict-related displacement has been a conspicuous feature in South Asia. The region is now home to some of the largest concentrations of refugees and internally displaced persons (IDPs) anywhere in the world. According to the United Nations Institute for Disarmament Research there are an estimated 20 to 25 million IDPs in South Asia and a large proportion of these are thought to have been displaced due to internal conflict.

The largest concentration of refugees in South Asia was recently recorded in Pakistan. It consists of approximately two million people from neighbouring Afghanistan.

The range of internal conflicts in South Asia suggests diverse motives on the part of protagonists. Many conflicts in the region may be said to originate or become entrenched because of disputes over the distribution of economic resources and opportunities, or about perceptions of identity.

Sometimes, both economic interests and struggles to promote one source of identity over another go hand in hand. Many of these identity-based conflicts are fuelled by perceptions of economic inequality and by demands for economic rights for particular groups.

Violent conflict imposes serious economic costs. GDP growth rate and income per capita tend to be negatively affected by conflict as society becomes more constricted by the devastating effects of violence on the conduct of normal economic activities and the loss of human and productive capital and infrastructure. Those less directly affected may also suffer consequences that are equally damaging, if less obvious. These include, for example, longer-term effects on national and regional economies as foreign investment is diverted and future economic opportunities are compromised. Pakistan has been seeing a gradual erosion of foreign direct investment for the past few years now.

Such less obvious damage to a region’s economy may in turn contribute to the entrenchment of conflict.

Aside from the economic and physical damage wrought by conflict, social and cultural disintegration within communities may have an impact on political stability, mutual trust and respect for property, the rule of law and the observance of human rights.

In other words, conflict-related disruption also imposes costs on non-combatants, in particular on those who are economically more vulnerable to begin with. In many cases, these costs are borne by those supposed to be the intended beneficiaries of the conflict.

For example, the main economic cost of violent conflict in Karachi is borne by the poor and middle class communities of the city — precisely the groups on whose behalf the main protagonists in the conflict were ostensibly engaged.

According to the World Bank World Development Report 2011, five key areas need attention. First, institutional legitimacy and stability. When state institutions do not protect citizens, guard against corruption, or provide access to justice — the likelihood of violent conflict increases.

Second, investing in citizen security, justice, and jobs is essential to reducing violence.

Third, the World Bank report says, confronting this challenge effectively means that institutions need to change. International agencies and partners need to accept a higher level of risk. If they expect only the upside, and just pillory the failures, institutions will steer away from the most difficult problems.

Fourth, some problems can be addressed at the country level, but others need to be addressed at a regional level, such as developing markets that integrate insecure areas and pooling resources for building capacity. Some actions are needed at a global level.

The stakes are high. Finding effective ways to help societies escape new outbursts or repeated cycles of violence is critical for global security and global development.

Indirect costs—associated with stress and trauma, time off work due to violent incidents, and lower productivity from injury or mental illness—far overshadow direct costs. In Brazil in 2004, the direct medical costs of all interpersonal violence were estimated at $235 million and the indirect medical costs at $9.2 billion.

Comparable figures, respectively, for Jamaica are $29.5 million and $385 million, and for Thailand $40.3 million and $432 million. Emerging findings from Kenya estimate total costs of violence at 1.2% of GDP. In the United Kingdom, the direct costs of domestic violence are estimated at £5.7 billion annually.

When other indirect costs are added, such as those for policing, health care, private security, and reduced investment, the figures are even more staggering.