Will plead that then AG wrote Swiss letter in 2007 with full suppor­t of execut­ive.
By Irfan Ghauri / Azam Khan
Published: July 22, 2012
Tweet Email 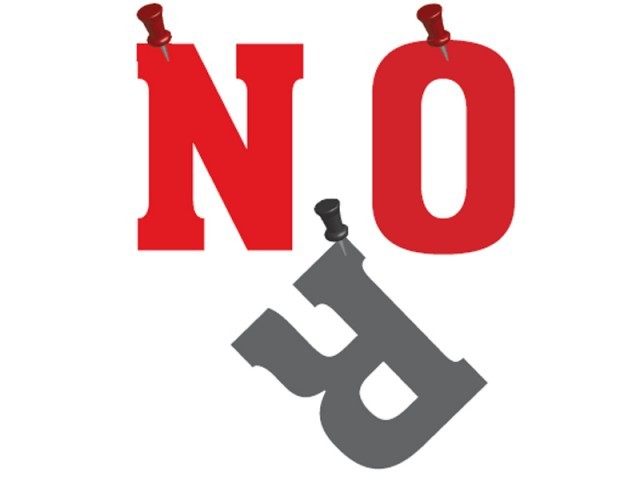 Will plead that then AG wrote Swiss letter in 2007 with full support of executive.

The government is set to aggressively defend itself before the Supreme Court in the National Reconciliation Ordinance (NRO) implementation case on July 25, with a new strategy: pleading that the then attorney general had written a letter to Swiss authorities with the support of all executive authorities in 2007.

Sources privy to the development told The Express Tribune that, this time, a legal team of the Pakistan Peoples Party (PPP) regime will exhaust all options, contrary to their strategy in the past when it did not defend its case, leaving the field open.

“A legal team has prepared a comprehensive response. This includes a summary from the law ministry. A Sindh High Court judgment will also be cited to substantiate government case,” a legal wizard of the government said.

On Wednesday, the apex court will resume hearing the NRO implementation case for which Prime Minister Raja Pervaiz Ashraf has been given a deadline to explain his position regarding writing a letter to Swiss authorities to re-open graft cases against President Asif Ali Zardari.

The graft cases were shelved in 2007 after then attorney-general Malik Qayum wrote letters to the Swiss authorities following the promulgation of the NRO. The Supreme Court, however, scrapped the NRO in 2009 and declared that all cases closed under the defunct law stood open.

Fearing criticism, the PPP government did not put up a strong defence in the NRO case. However, following the ouster of former premier Yousaf Raza Gilani last month and with the future of Prime Minister Ashraf in the air, the regime has decided to fight the case with a renewed strategy.

A showdown is expected on July 25, as the PPP government has given legitimacy to all “communications” made by Qayyum to the Swiss authorities requesting the closure of cases against President Zardari.

In her note, Law Secretary Yasmeen Abbasi had intimated to all government departments that the former attorney general’s communication was lawful and there was no need to file a reference or take any action against him since the NRO was a valid law when Qayyum requested Swiss authorities for withdrawal of Pakistan’s claim as civil (damaged) party status.

Attorney General Irfan Qadir confirmed the development and told The Express Tribune that he had initiated the process when he was law secretary, but soon after that he was made attorney-general and the remaining process was completed by his predecessor. Qadir further said he also informed the Supreme Court about the development.

In 2009, a 17-judge bench termed Qayyum’s communication with Swiss authorities “illegal and void,” and asked the government to proceed against him for his “illegal” communication.

A legal expert told The Express Tribune that now even if a letter is written to the Swiss authorities it would not have any effect on the closed cases against President Zardari because Swiss authorities will deem Qayyum’s communication as lawful since it was backed by the government.

In his written reply to the National Accountability Bureau, Malik Qayyum, who is currently in London, insisted he had not done anything unlawful.

His reply, a copy of which is available with The Express Tribune, reveals that the federal government, foreign office, law ministry and NAB were in the picture when the letters were written.

He also said that he complied with Supreme Court and Sindh High Court orders to implement the NRO.

According to Qayyum’s reply, then Pakistani ambassador to Germany Ayesha Riaz forwarded the letters to the Swiss authorities.

Husain Haqqani can’t be forced to come back: Legal experts