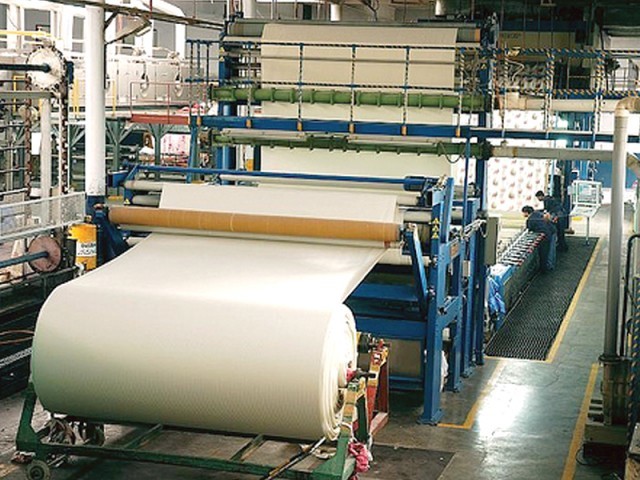 MISSED TARGET: $12.4b were the textile exports last fiscal year, standing below the target of $16b. PHOTO: FILE

With domestic energy shortages and turmoil in international markets, the textile industry, termed the backbone of the country’s exports with a 53% contribution, seeks cheap financing from the government in an attempt to give a boost to exports in the new fiscal year.

“We would ask the government to provide cheap financing for the textile industry if it wants to see growth in textile exports this year (2012-13),” Mohsin Aziz, Central Chairman of All Pakistan Textile Mills Association (Aptma), said while talking to The Express Tribune.

“India is giving special financing to its textile industry at 5% interest and if we have to compete we need financing at the same rate,” said Aziz.

The textile industry fell short of its export target of $16 billion last fiscal year and ended up with exports of $12.4 billion.

Pakistan Readymade Garments Manufacturers and Exporters Association (PRGMEA) former chairman Mohsin Ayub Mirza said though Pakistan would get some help in the European export market with upcoming EU trade concessions, things would remain quite difficult for exports this year.

PRGMEA members export woven readymade garments and have a share of around 11% in textile exports of the country.

“With rising cost of production especially utility services and expensive financing, it is hard to expect any new investment in the textile sector,” he said. “The government is borrowing money at 13-14% at the cost of private sector, which is starved of reasonable credit supply.”

Invest Capital Markets analyst Khurram Schehzad believed Pakistan could increase its overall exports this year if the textile sector got stronger. However, at the same time he highlighted crucial problems like slowing economic growth in Europe – the top textile market of Pakistan – and energy shortages in the country.

“Though the government and textile industry both look optimistic about exports, we must not forget the fact that Pakistan has its own internal problems that are hampering trade with other countries,” he added.

According to InvestCap Research, the textile and food groups were the major factors behind the decline in overall exports. Textile shipments, which contributed 53% to total exports, remained almost stagnant at $13 billion compared to last year.

The food group, which contributed 15% to total exports, recorded a decline of 8% year-on-year to $3.8 billion.

Among textiles, exports of readymade garments stole the limelight, posting a growth of 30% to $1.41 billion, while cotton cloth exports grew 5% to $2.5 billion. Among food items, rice exports dropped by 2% to $2.06 billion.