Do you have an appetite for Veena in Ramazan?

Do you have an appetite for Veena in Ramazan?

The actor will appear on a show in the holy month to seek forgiv­eness for her sins.
By Our Correspondent
Published: July 17, 2012
Tweet Email 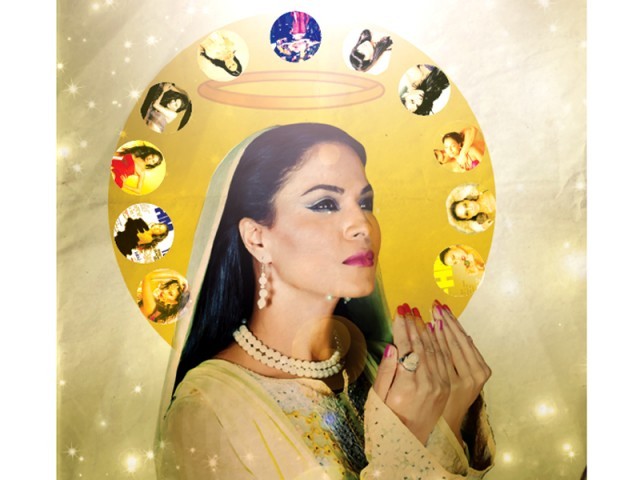 When the promo for Veena Malik’s Ramazan show “Astaghfaar” made the rounds on the internet Monday evening, a large chunk of internet commenters were appalled. “I am Veena Malik. In the entire month of Ramazan, I will seek forgiveness for my sins and yours, with you on Hero TV,” Veena says in her promo, with a slightly quivering lip and tear-streaked cheek.

Before we launch into a discussion on how outrageous it is that Lady Scandal herself will be on our TV screens all 30 days of this holy month, let’s talk about how this show came about and what this Hero TV is that has given Veena this platform to purge her soul of sin. Hero is a new infotainment channel that airs what the awaam demands. The producer of “Astaghfaar” explained to The Express Tribune that after Veena approached the team for a Ramazan show, a poll was conducted online. The poll asked the question: who is the sinner of all sinners? The options were (in this very order): siyasatdaan (politicians), police walay, Veena Malik and gharib awaam (the poor). Believe it or not, Veena Malik was voted the sinner of all sinners by a sweeping majority. If this is really how Pakistanis feel about her, what better than to give them a live show where people can call in and share their stories of atonement?

For those who think Veena is a brave voice in a country where such voices are stifled, “Astaghfaar” may be disappointing. Veena was heroic because she was her own person – she didn’t need to apologise. She wasn’t representing a commercially viable brand of religion and made it clear that she didn’t owe anyone an explanation. But now she wants forgiveness for her sins

But here’s the alternative view. As the idea of religion in Pakistan is fast becoming idealistic and almost elitist, Veena’s Ramazan transmission is going to open some space, pushing boundaries far enough to take away religion from the hands of the selected few. She is not a thief or a murderer. She is a woman who is unapologetic about being herself; why should that give people reason for a public outcry against her doing a religious show? Why should a woman whose topless pictures were aired on television, not be allowed to ask God for forgiveness on that same forum? It’s about time Pakistani audiences are given some space to breath and religious bigots are given a run for their money. If the outlandish Aamir Liaqat can talk about Islam, why not Veena?

In a country where TV ratings mean everything, Hero TV – a channel for the masses – will give us food for thought during a long month of fasting. If their aim is to get eyeballs, then hats off to them for pulling this off.