Attend­ees hoped to hear some funny quips and FAT-worthy storie­s, but were disapp­ointed.
By Atika Rehman
Published: July 14, 2012
Tweet Email 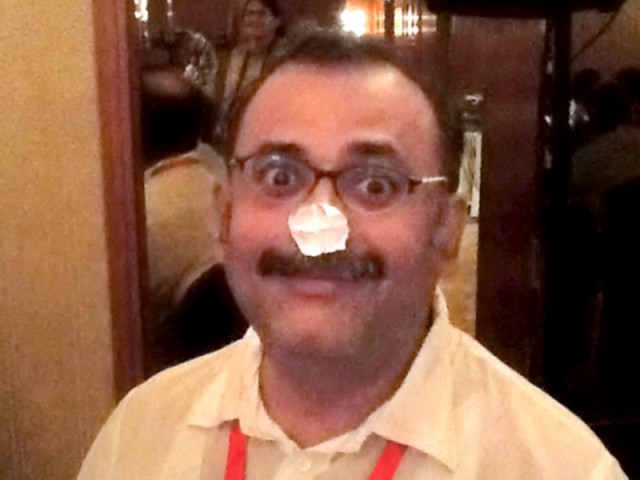 Attendees hoped to hear some funny quips and FAT-worthy stories, but were disappointed.

Before we get into what happened at the Social Media Summit session on Memes and the #FAT phenomenon, it is imperative to know what #FAT means. An acronym for Fashionistas Against Talibanisation, FAT is a satirical Facebook group that has gained popularity online for being a forum where members post news articles that talk about the fashion industry in Pakistan against the backdrop of terrorism. Its description reads that it is “committed to bringing social change out of the closet in Pakistan through fashion” and that “fashion is the answer to Pakistan’s many problems especially Talibanisation”. Some of the headlines posted on the forum read “In a Troubled Country, Still Time for High Society” and “Fashion event attempts to show Pakistan’s progressive side” – and comments posted below them mock the news articles as a “FAT win”.

With great expectations, listeners filed into the room to hear what the panelists had to say, hoping to hear some funny quips and FAT-worthy stories. The first speaker, Zakir Thaver, explained what memes are. While the screen behind him flashed funny internet memes, Thaver chose to talk about the more humourless subject of meme theory. He explained that the word meme is short for mimeme, “something imitated” and that it was coined by the British evolutionary biologist Richard Dawkins. While Thaver bored listeners with evolution, lawyer and talk show host Ayesha Tammy Haq got some to sit up in their seats as she spoke about how FAT evolved. In 2009, when the Pakistan Army’s General Headquarters was attacked by terrorists, Haq headed the Fashion Pakistan Council and organised a fashion week despite speculations that it would be cancelled. “It was widely reported by the international press,” said Haq with pride. “Journalists tied in the story (about fashion week) with their stories about the ongoing war,” she said, adding that people realised that Pakistan was a country that did not just represent bombs and burqas. At one point, Haq mentioned that designers are indeed fighting extremism by employing women from poor households, who earn enough money to send their children to schools instead of madrassas.

Strangely enough, what should have been a discussion on the virality of hilarious internet memes and the sarcasm-loaded FAT forum turned into a lacklustre convesration . At one point, fashion writer Mohsin Sayeed stood up and said: “You guys need to stop talking about yourselves! This is about memes – not me, me, me! Stop preaching.” Wearing a paper cone on his nose Sayeed said people should not take themselves so seriously.

Another journalist at the venue said, “I expected satire and wit — not boring technicalities.”

Artists use comics to vent out frustrations