Federa­tion decide­s to hand match reins to a commis­sioner.
By Our Correspondent
Published: July 11, 2012
Tweet Email 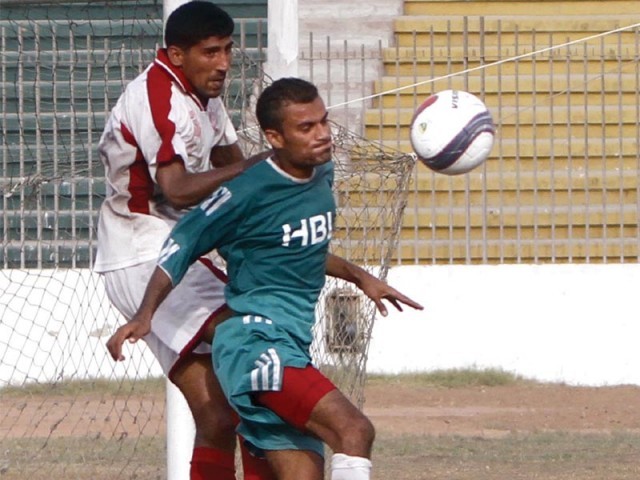 The rule was passed in a meeting for mangers of participating clubs and departments for the Pakistan Premier Football League (PPFL). PHOTO: FILE EXPRESS

KARACHI: The Pakistan Football Federation (PFF) has made it mandatory for all clubs and department of its ‘A’ division to form under-19 teams in the next two years or face expulsion from its league events.

The rule was passed in a meeting for mangers of participating clubs and departments for the Pakistan Premier Football League (PPFL). The PFF also confirmed that the match commissioner will be the supreme authority and will decide all technical issues.

“We’ve empowered the commissioner because last season we received a lot of complaints and PFF can’t directly look into all technical things,” a PFF official told The Express Tribune.

The PFF has also reduced the number of kits from four to two due to financial constraints which has raised the chance of colours being the same for both teams in a match. However, to avoid a clash, the federation has said that it will be the responsibility of the host team to wear a different colour but the visiting side will have to inform the hosts of their colour pattern.

Meanwhile, the PFF also stressed on the clubs and departments to work on the technical side of the players so that they are able to convert chances into goals. Pakistan scored a solitary goal in last year’s SAFF Championship which was scored off a penalty kick from defender Samar Ishaq.