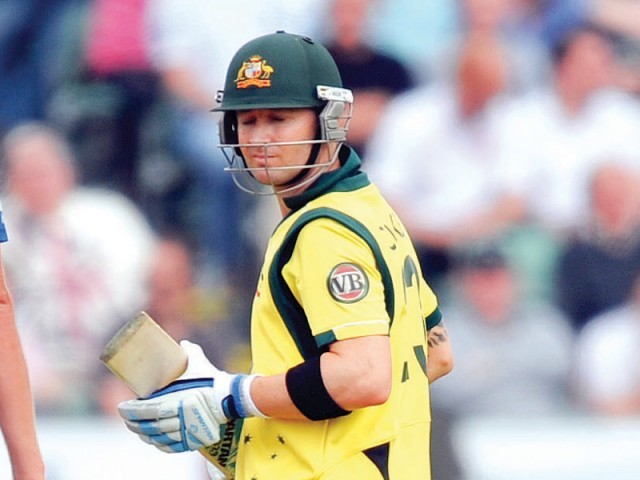 Clarke said that they were completely outplayed by England. PHOTO: AFP

MANCHESTER: Australia captain Michael Clarke admitted he had not seen a 4-0 One-Day International (ODI) campaign defeat by England coming after his side made some unwanted history yesterday.

England cruised to a seven-wicket under the Duckworth/Lewis in a rain-affected fifth and final ODI chasing a revised target of 138 after Australia had been restricted to 145 for seven in 32 overs. Their triumph in convincing style made it 10 straight victories in this format. But for Australia this was their heaviest series-defeat in the 40-year history of ODIs.

Clarke said that they were completely outplayed by England.

“I certainly didn’t expect to lose 4-0,” said Clarke. “I think a lot of credit needs to go to England who outplayed us.”

“It feels great to win the series,” said Cook. “It’s been a brilliant effort.”