Syria — the next Afghanistan?

Syria — the next Afghanistan? 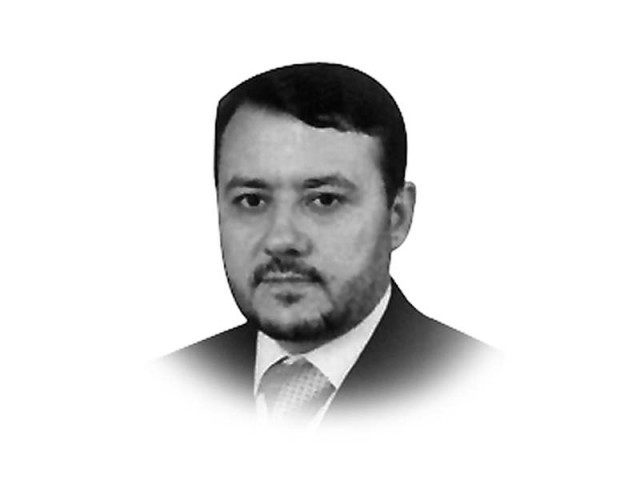 Russia should have learnt from the Soviet experience in Afghanistan, where it paid a heavy price, both in human and material terms. What is happening now in Syria, however, suggests that it has learnt nothing. Moscow seems adamant on supporting — in effect imposing — a dictatorial and totalitarian regime on the Syrian people, which is ruling the country with an iron fist after the imposition of emergency in 1963. The emergency was lifted only recently but nothing has changed.

Bashar al-Assad’s regime has resorted to the use of heavy weapons against its own people and destroyed as much as 80 per cent of the city of Homs. Out of a population of three million, only 300,000 of the city’s inhabitants remain. So far, the regime’s brutal campaign has caused more than 18,500 fatalities, among them 1,400 children and 1,450 women. And the pillage and plunder is not limited to Homs but has spilt over in other cities and towns as well.

I am endeavouring here to draw an analogy between Afghanistan and Syria. In the beginning, Pakistan was a base for the Afghan Mujahideen and also hosted refugees from Afghanistan, much like Turkey is doing now in the case of Syria. Shelter, food and medical assistance is being provided in Turkey to several thousand Syrian refugees and defectors including officers and soldiers, who are fighting against the Assad regime.

Comparing the Syrian and Afghan situations, the Arab world in general and the Gulf countries in particular, took a very firm stand in favour of the US resolution on Syria, something that they did not do in the case of even Saddam Hussain, who was their arch-enemy. They have severed diplomatic ties with Assad and are clearly supporting the opposition which is a break from their long-standing conservative policy of minimal interference.

In the case of Afghanistan, in the 1980s, Islamists gathered their energies and capabilities to support the Afghan Mujahideen and Peshawar became the hub of their activities. Similarly Antakya on the Syrian border is nowadays playing the same role. Recently, in an international conference in Istanbul, hundreds of Muslim scholars, Arabs and non-Arabs, including Pakistanis, gathered to show solidarity with the Syrian people. Turkey’s Ministry of Religious Affairs took part as well and the minister himself spoke very clearly in favour of the revolution and committed his government’s help in the removal of Bashar al-Assad from power.

The West is also supporting the Syrian uprising but at a very slow pace and this will have a negative impact for the world at large. The UN is playing a role, but as usual, holding the stick from the middle. When it sent observers to monitor the ceasefire on the ground and to observe the six-point Kofi Annan peace plan, which was agreed upon by the UN, nothing materialised. To make matters worse, it failed to lay the responsibility on the regime for its killing of thousands of Syrian civilians.

This failure to hold the Assad regime at least responsible caused distrust among many Syrians of the UN’s ability to help them and put an end to their sufferings. Not perhaps coincidentally, the same mistake was made by the UN during the Afghan war and that in the end resulted in the Mujahideen taking over Kabul.

The Russian-Iranian coordination in the last days of the communist regime in Afghanistan, in order to secure the backing of Shia and Tajik groups in any future political dispensation, is now being repeated by Russia in Syria by providing military, political and financial support to the Assad regime.

We should also remember that when a political stalemate occurred in Afghanistan, the military option prevailed and it happened because of many unresolved issues.

Unfortunately, the same is happening today in Syria. In Afghanistan, when that happened and fighting broke out between various Mujahideen factions in the 1990s, the extremist Taliban emerged as the most powerful faction because every ideology needs a similar or stronger one to defeat it. This could also happen in Syria, if the world doesn’t make haste to handle the situation.

Furthermore, in Afghanistan, al Qaeda emerged and the same, too, could happen in Syria. And if it does, it may be on a larger scale because of its geo-political location and because of Israel sitting on its border.