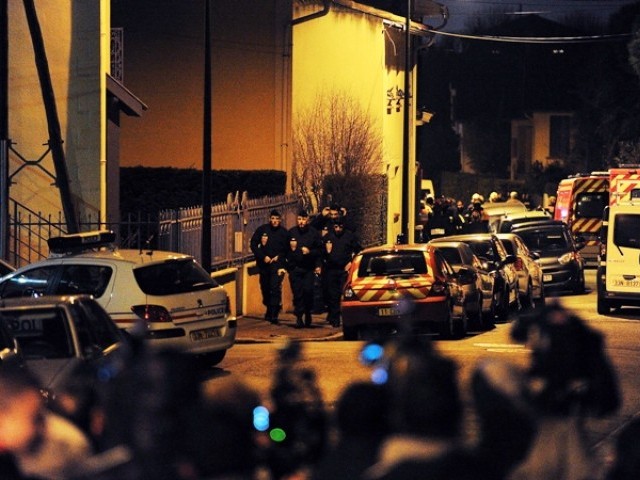 PARIS: French police launched an investigation into how taped exchanges between police and a gunman who killed seven people came to be broadcast on national television Sunday.

Interior Minister Manuel Valls condemned the decision to run extracts of the negotiations, recorded during a 32-hour siege at an apartment in Toulouse, southwest France, where police cornered Mohamed Merah in March.

Lawyers for relatives of the victims also denounced the broadcast of the recordings, while legal sources reported that the Paris prosecutor had opened an investigation into the leak of the tapes.

French station TF1 ran on its early evening news programme extracts from the exchanges, in which the 23-year-old al Qaeda-inspired gunman could be heard defying the police and declaring he was not afraid to die.

Merah, whose victims included three Jewish children, eventually died in a final shoot-out as a crack police unit tried to storm his apartment.

“I know that there’s a chance you could kill me, that’s a risk I’m taking,” said the gunman in the extracts broadcast by TF1.

“So there we are — know that you are up against a man who is not afraid of death.”

Valls condemned the broadcast of the extracts in a statement issued shortly after the programme aired, regretting that it had come at a time when court proceedings relating to the killings were still ongoing.

It showed a lack of respect to relatives of the victims, he said a statement released by the interior ministry.

The police unit responsible for internal investigations, the IGPN, would be launching an investigation, the interior ministry told AFP.

The producer of “Sept a Huit”, the programme that broadcast the extracts, defended his station’s decision.

“We acted responsibly,” said Emmanuel Chain, stressing that they had considered the matter very carefully before deciding to run the story — and arguing for high news value of the tapes.

But a lawyer for relatives of Imad Ibn Ziaten, the first soldier killed by Merah, said he had filed a complaint for violation of the secrecy of an investigation and receipt of stolen goods.

“The family is outraged, because these murders are not a show and the documents are part of judicial proceedings, said Mohan Mouhou, who represents the victim’s parents.

A Frenchman of Algerian descent, Merah shocked France when he killed three soldiers and four Jewish people between March 11 and 19. He was dubbed the “scooter shooter” as he used a moped in the crimes.

The case highlighted shortcomings in France’s counter-terrorism operations, with authorities criticised for not taking Merah as a serious threat, even though they knew he’d gone to Pakistan and Afghanistan.

Post-Salala bonhomie: Burying the past, US, Pakistan look to future