Says the apex court is empowe­red to strike down any law which is in confli­ct with the Consti­tution.
By Our Correspondent
Published: July 8, 2012
Tweet Email 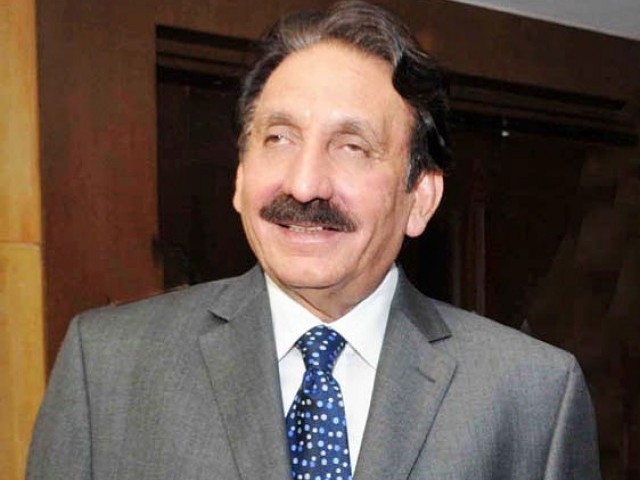 Says the apex court is empowered to strike down any law which is in conflict with the Constitution. PHOTO: ONLINE/FILE

As the debate around the supremacy of parliament reaches a high point with the expected introduction of some controversial legislation on Monday, the Supreme Court’s chief justice seems to have weighed in on the matter—and his words were ominous for the government.

Addressing a ceremony in Karachi on Saturday, Chief Justice Iftikhar Muhammad Chaudhry questioned the notion of parliamentary supremacy, pointing out that even in the United Kingdom the doctrine of supremacy of parliament is now seen to be out of place. He pointed out that the apex court was empowered to strike down any law which is in conflict with the Constitution — a comment that is painfully pertinent for the government given its stated intentions to introduce two bills that directly pertain to matters being heard in the court currently.

One bill, a constitutional amendment, pertains to giving legal cover to parliamentarians that hold dual citizenship, who are currently ineligible to hold public office under Article 63 of the Constitution. The court has handed down a spate of suspensions in a case being heard on the matter currently.

However, the legislation that is expected to cause the real fireworks inside and outside parliament is the Contempt of Court Bill 2012, which seeks to bring changes to the court’s ability to invoke the law that led to the ouster of the last prime minister, and now threatens the office of the new premier, too. Among other things, the bill will look to give immunity to top office holders from contempt proceedings – a move that will almost surely be challenged in court.

There were direct references by the chief justice to the notion of immunity for office holders on Saturday. Referring to the arguments advanced in favour of the premier in the contempt of court case that saw his disqualification, the chief justice said that all submissions were centered around a perception of immunity of elected representatives to any accountability.

He said their arguments relied upon Article 69 of the constitution, which says the courts will not inquire into the proceedings of parliament, but the chief justice said this contention was irrelevant in view of constitutional provisions.

He stressed that if a chosen representative violates the constitution, it is the duty of the courts to stop him from doing so.

The chief justice also referred to Article 190 of the constitution – which states that “…all executive and judicial authorities throughout Pakistan shall act in aid of the Supreme Court.”

The article is famous for being at the centre of theories that the apex court can even call the army out to help enforce its orders if the government fails to comply.

The chief justice emphasised that the constitution is to be followed, preserved and protected at all costs.

At the event, a roll signing ceremony of lawyers allowed to practice as advocates of the Supreme Court, Chief Justice Chaudhry was keen to stress the importance of the constitution and its omnipotence.

He quoted from a note written by Justice Jawad S Khawja as a part of the contempt of court judgment, saying that the executive and parliament are subservient to the constitution.

This supremacy is derived from the fact that constitution alone is the expression of the will of the people of Pakistan, said the chief justice, quoting Justice Khawaja.  The constitution, he said, guarantees the freedom of the judiciary.

Referring to the conviction of the former premier, which ultimately led to his disqualification, Chief Justice Chaudhry said action was taken under the contempt of court law as the country’s chief executive defied the court’s orders.

He said the disqualification has proved that every individual, irrespective of his position or post, is equal before the law.