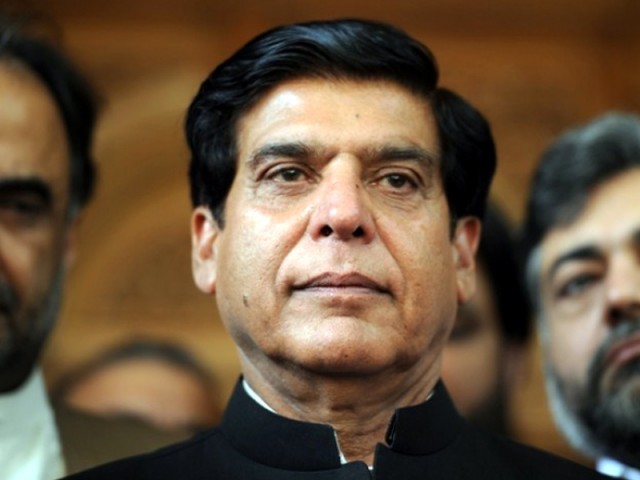 Meets notables from his constituency; vows to start dam construction from the Potohar region.

Meeting notables from his constituency Gujjar Khan on Saturday, Prime Minister Raja Pervaiz Ashraf stressed the need for the construction of small dams to help the country overcome the energy crisis.

Talking about a development programme for the Potohar region, the premier said the construction of small dams would be his priority.

“Keeping in view the energy crisis, I will prefer building small dams across the country and start these projects from the Potohar region,” he told a public gathering

The prime minister said, “Pakistan is a country blessed with enormous natural and mineral reserves. Copper and gold deposits in Balochistan, Thar’s coal reserves, Punjab’s fertile land and more than 40,000MW hydro-electric potential in Gilgit-Baltistan are some of the examples …  yet the country is still stricken with energy deficiency and poverty.” He observed that Pakistan’s resources have not been exploited due to political uncertainty, adding that economic development was intertwined with stability.

Prime Minister Ashraf vowed utmost efforts to rid people of unscheduled power outages in the minimum possible time. He termed this a short-term goal however claiming the government has planned long-term projects to resolve both scheduled and unscheduled outages permanently. He added that power generation had improved and would further improve in the near future.

The premier said instructions had already been issued to the interior ministry to provide Pakistani expatriates with machine readable passports as early as possible. He noted that they deserved a fair deal for their contribution to the country’s economy by sending millions in remittances.

He also underscored the importance of undertaking drives for deforestation and soil conservation in the region to minimise effects of climate change and restore the beauty and grandeur of the landscape.

Gujjar Khan’s notables expressed their pride in Prime Minister Ashraf, adding that the town had produced many of the country’s prominent personalities including the chief justice, the army chief, two Nishan-e-Haider recipients and several four-star generals.