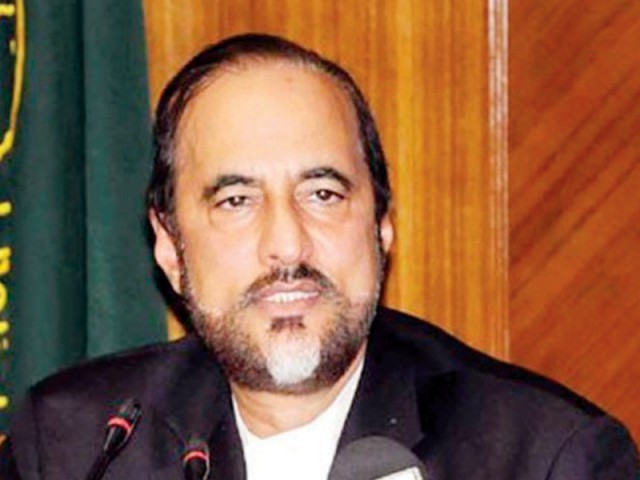 Former law minister asks SC to refer his case to an appropriate forum for decision.

Awan – arguing in his own contempt of court case before a two-member bench of the Supreme Court – during Thursday’s proceedings said that he was being “discriminated” while the court forgave serious contemnors including those who were involved in the manhandling of the chief justice after tendering an unconditional apology.

“Treat all with parity. There are double standards for justice, defaming our society,” said Awan.

Setting Dr Arsalan’s case as a precedent, Awan asked the judges to refer his case to an appropriate forum for decision too. Awan was arguing during the hearing of a suo motu case taken against him for addressing a “contemptuous” press conference on the Memogate issue.

He said that if Dr Arslan’s case could be decided “so smartly”, why such a procedure could not be applied to other pending cases including his own. The former law minister told the bench that prosecution could not present any incriminating evidence against him. He asked the court that if the result of the proceedings was acquittal then who would be held responsible for damage done to him during the lengthy trial.

Awan asked the court why Article 10A of the Constitution, which was introduced when he was the law minister, was not being applied to his case. Citing another example of MNA Anjum Aqeel’ case, Awan prayed to the apex court to refer his case to a proper forum too. “The Supreme Court should have referred this case to the Pakistan Bar Council,” he contended.

Meanwhile, Justice Ejaz Afzal Khan told Awan: “If the court reaches the conclusion that it was professional misconduct on your part then we can refer it to a proper forum for disciplinary action”.

Awan, however, insisted that this was the appropriate time for considering his unconditional apology.

In response, the court told Awan that his intra-court appeal had been turned down when he asked the larger bench to consider his apology and now he should not press the same issue “again and again”. But Awan held that presently there was no contempt of court law in the country.

Earlier, Bahria Town’s administration had also referred to the verdict in the Dr Arsalan Iftikhar case in proceedings against them.

The court adjourned the hearing till Friday (today).