Forging a new relationship: Pakistan, US might cut ‘black and white’ deal

Forging a new relationship: Pakistan, US might cut ‘black and white’ deal

The agreem­ent will state areas of cooper­ation; ISI chief to visit US soon.
By Kamran Yousaf
Published: July 5, 2012
Tweet Email 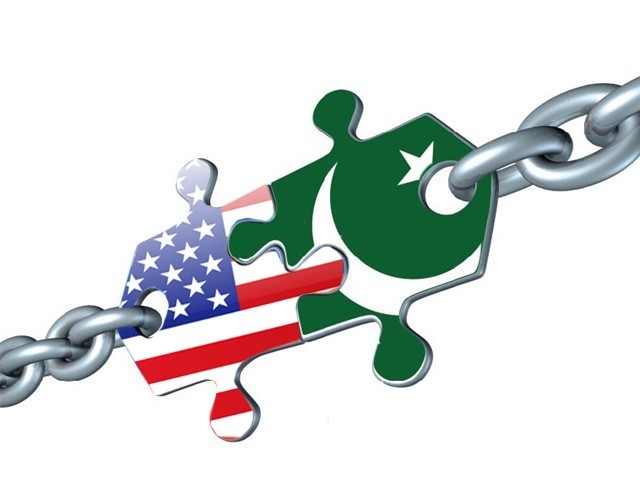 The new agreement known as the 'package deal' will outline ‘each and every aspect’ of relationship between Pakistan and the US. PHOTO: FILE

Pakistan and the United States are likely to enter a ‘black and white’ agreement which seeks to remove ambiguities in an otherwise fragile relationship. The agreement will spell out both areas of cooperation between the two countries and their respective limitations regarding the relationship.

According to officials, the understanding was reached as part of the ‘package deal’ which paved the way for resumption of supplies for the US-led foreign forces stationed in Afghanistan through vital land routes in Pakistan, officials said.

A Pakistani official familiar with the development revealed that the US was initially reluctant to negotiate such an accord since the existing ‘vague’ arrangements served its purpose. However, Islamabad managed to convince Washington on the issue during intense discussions aimed at breaking the deadlock on Nato supply lines, the official added.

Pakistani interlocutors informed their American counterparts that the November 26 incident would not have taken place had there been a written accord between the two sides.

“Salala like incidents had been taking place for years and the reason was a lack of written agreement,” said the official, who asked to remain anonymous.

“It was important that we put an end to this practice and it is only possible if we have clear agreement with the US,” the official added.

He said the new agreement will outline ‘each and every aspect’ of relationship between Pakistan and the US.

“We don’t want to leave any ambiguity in our relationship with the US,” he maintained.

Another official confirmed that the seven-month long standoff had provided both sides an opportunity to narrow down their differences on many other issues.

The official disclosed that the two sides had exchanged ‘non-papers’ identifying each other’s limitations during marathon talks between US Secretary of State Hillary Clinton and her Pakistani counterpart Hina Rabbani Khar in New York last September. But the process ceased following the diplomatic standoff over last year’s Nato air strikes on Pakistani check posts which killed 24 soldiers. Talks on the proposed agreement will begin soon with exchange of high-level visits from both sides, he said.

For this purpose, the head of Pakistan’s premier intelligence agency, the Inter-Services Intelligence (ISI), will travel to Washington soon to discuss and identify areas of cooperation in the intelligence field. This will be Lt General Zaheerul Islam’s maiden trip to the US since he took charge of the ISI a few months back. He was scheduled to travel in May but had to delay his trip due to lingering stalemate between the two countries.

“Now that the standoff is over, the DG ISI will soon visit the US,” said a security official.

US to repair road infrastructure

Though, Pakistan dropped its earlier demand of imposing additional transit fee and taxes on trucks carrying good for NATO forces, the US has agreed to provide funds for repairing damaged roads due to the heavy traffic. “The US will soon announce the financial package for this purpose,” said a Pakistani official.

Nato routes: No ‘secret’ deal with US, says Sherry Rehman