Citiba­nk not charge­d as it did not charge custom­ers Rs15 for a transa­ction.
By Our Correspondent
Published: July 3, 2012
Tweet Email 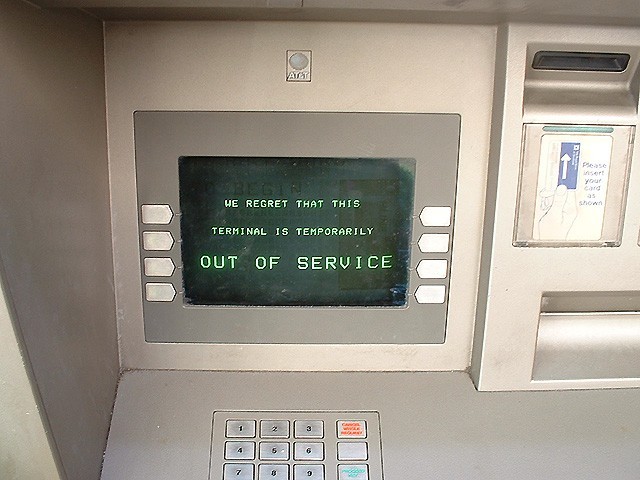 CCP said from the documents on record it was established that 1-Link required its member banks to incorporate the decision made in its Board meeting regarding increase of off-us ATM cash withdrawal charges from Rs15 to Rs20.

ISLAMABAD: The anti-trust watchdog on Monday imposed a total of Rs770 million worth of penalties on 1-Link Company and 28 banks for charging customers on cash withdrawals through ATMs.

Citibank has not been charged as it did not follow the practice of charging customers of other banks, says the statement.

The order was passed by a CCP bench comprising its Chairperson Rahat Kaunain Hassan and members Abdul Ghaffar and Dr Joseph Wilson in respect of the proceedings initiated against 1-Link and its member banks for imposing uniform customer charges.

The CCP said that in preliminary fact finding it was observed that 1-Link holds 80% of market share in shared ATM network services in Pakistan and is a consortium of 11 major banks that are also represented on its Board of Directors while the other 20 banks are its members.

“1-Link member banks are acting in a collective manner by charging a uniform fee to their customers for Off Us ATM cash withdrawal transactions,” said the CCP in its ruling. The banks which were previously not charging have now joined banks that are charging their customers Rs15 for every transaction.

The collusion among the banks was established from the fact that none of the banks placed any Board decision with respect to passing on Rs15 on its customers.

The CCP said from the documents on record it was established that 1-Link required its member banks to incorporate the decision made in its Board meeting regarding increase of off-us ATM cash withdrawal charges from Rs15 to Rs20. Similarly, 1-Link Committee made recommendation that Rs5 may also be charged to customers for balance inquiry transaction by its member banks.

The CCP said that the 1-Link has assumed the role of front runner acting more as association for banks and doing advocacy on their behalf before the regulator with respect to customer charges.

Contempt of court?: Despite orders, PDL CEO could not resume work