Pakistan to press for details on Abu Hamza

Pakistan to press for details on Abu Hamza 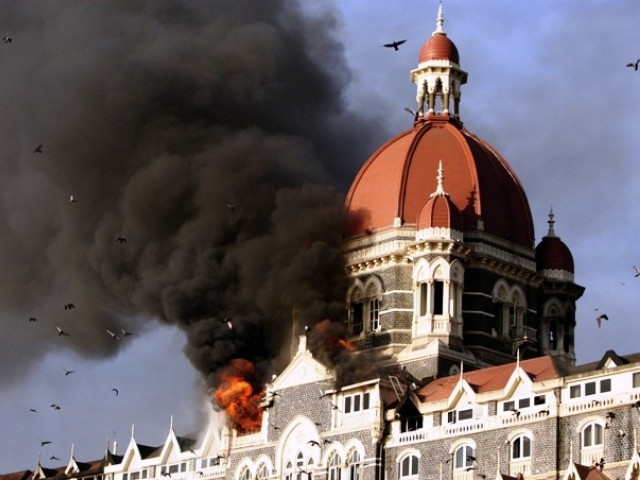 The November 2008 attacks, which India has blamed on Lashkar-e-Taiba, left 166 people dead and more than 300 wounded. PHOTO: AFP/FILE

Pakistan will push India to share details of the recent arrest of a man allegedly linked with the 2008 Mumbai attacks when foreign secretaries of the two archrivals meet in New Delhi this week.

He has been described as the ‘handler’ of the 10 gunmen who had carried out the assault on Mumbai’s landmarks on November 26, 2008, killing over 160 people.

The two-day talks between foreign secretaries of Pakistan and India, beginning on July 4 in New Delhi, are expected to be dominated Abu Hamza’s arrest and subsequent claims by Indian authorities.

However, one Foreign Office official pointed out that Pakistan would ask India to share details of his arrest and investigations.

“India has yet not shared anything with us about this arrest,” the official said, adding that Pakistan had been saying from day one that the Mumbai attacks would not have been possible without help from Indian nationals.

“Our information is that there were at least 40 Indian nationals who helped the attackers,” he added. “We want India to come clean on this.”

The official also said that Indian authorities had always been reluctant to give ‘us the full picture’ of the investigations into the Mumbai attacks.

“When a Pakistani judicial commission visited India to collect evidence, it was stopped from cross-examining the witnesses,” he said.

The official maintained that Pakistan could take ‘decisive action’ if it was provided with details of the investigations. “We cannot act on hearsay.”

On the other hand, Indian authorities described the arrest of Abu Hamza as a major breakthrough.

The foreign secretaries in their two-day discussions are unlikely to discuss any new proposals related to the longstanding Kashmir dispute.