Inside job?: PIA aircraft carries heroin along with passengers

Inside job?: PIA aircraft carries heroin along with passengers 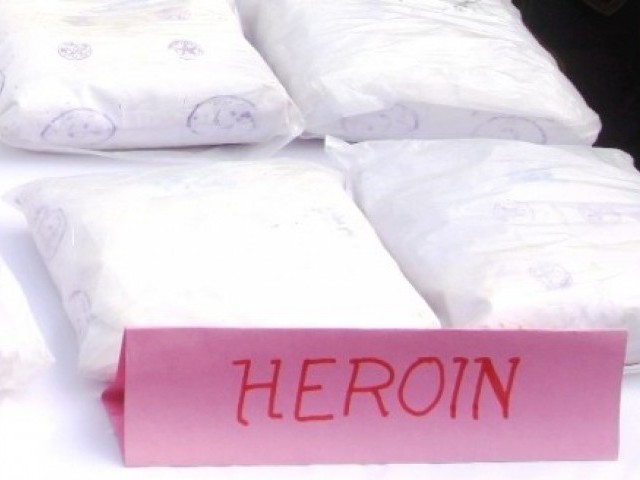 Customs officers seize 4.5kg of heroin from panelling in the toilets.

KARACHI: Around 4.5 kilogrammes of heroin was seized from a Pakistan International Airlines (PIA) aircraft in Karachi that was departing for London via Lahore and the airport staff has been identified as prime suspects.

“This has happened a hundred times,” says Customs Spokesperson Qamar Thalho, while referring to Wednesday’s incident on PIA flight PK-787. “About 20 years ago, it used to be gold that we used to find in the toilets of aircraft, up to 140, 000 grams of gold at a time, and now we see that it’s mostly heroin being smuggled in the toilet compartments.”

Thalho says that the heroin was placed within panelling in the toilets and sometimes, it is also put underneath the commode. The heroin, wrapped inside plastic bags, was discovered by the customs Drug Enforcement Cell.

“No third party has access to the plane in the hangers or on the runway which means that the heroin could only be put in by a staff member,” says Thalho.

“People who work in maintenance and repairs are the ones with the easiest access and in the past, we’ve seen even smuggling goods being brought in through catering trays.”

Thalho says that such attempts are made quite frequently and boldly, citing the example of a PIA flight in which smuggled gold was found.

A case has been registered under the Control of Narcotics Subtances Act, 1997 by the Investigation and Prosecution branch of the customs.

“The investigation has just started. First we will determine which crew was working in the hangar at that time and also identify others who had access to the plane. After the suspects are interrogated, we can confirm who was involved,” explains Thalho. “The culprit is most probably an insider.”

The customs register their own FIRs independently and if given remand, the suspects remain in their custody for the duration of the remand.