The Taliban have not been defeated

The Taliban have not been defeated 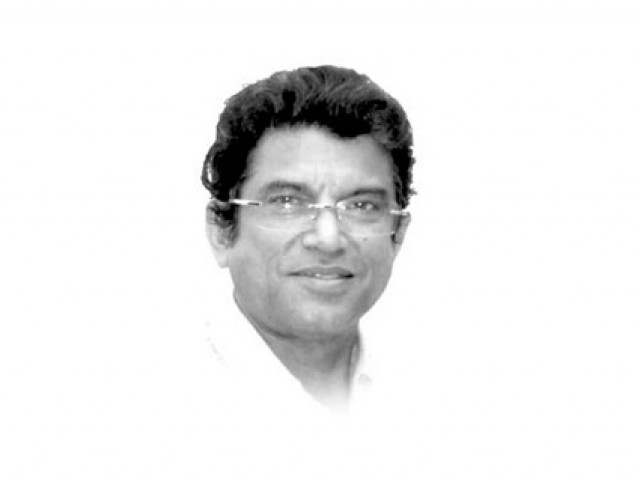 The Tehreek-i-Taliban Pakistan (TTP) media cell of South Waziristan has released a video showing the planning and execution of the attack on the Bannu Jail. In the video, Hakeemullah Mehsud and Waliur Rehman revealed the TTP manifesto, which they claimed is to be implemented through armed jihad. The salient message of the speeches is that democracy is a system that was brought about by non-believers and that the TTP wants to change this — through use of force. The party claims that those who are dispensing justice through this legal system are kafirs and that those who committed crimes against the Lal Masjid and the Taliban in Swat shall not be forgiven. The TTP will fight the government of Pakistan until it achieves its final victory; it believes that the judicial, executive and legislative branches have failed and that sharia is the only system that can salvage Pakistan. There is not even a single word in the video spoken against the occupation of Afghanistan. Those who think that the Taliban will lay down its arms upon withdrawal of US forces from Afghanistan need to reevaluate their assessment.

While people and the media were recently focused on various scandals — the disqualification of the prime minister, judicial activism and loadshedding — the Taliban took control of part of Tirah. More than 30 people were killed in bomb blasts at Landi Kotal and Kohat. Seven soldiers were beheaded and many were killed in cross-border attacks by Maulana Fazlullah’s group in Dir. The message is loud and clear: the Taliban have been weakened by army operations but they are not finished and are capable of striking back. The Afghan Taliban captured Kabul in 1996 and Islamist extremists took control of Timbuktu, Mali in April 2012. In both countries, the national armies had disintegrated and there was no organised force to fight the insurgents. In our case, the armed forces are preventing a takeover by the Taliban; but they need the support of the nation to fight these terrorists.

Pakistan now has an indigenous terrorism problem, not entirely related to the war on terror. Those who trained jihadists to liberate Kashmir could not visualise that these same assets would one day turn around and fight against our army. The issue of terrorism is a complicated one and no longer linked to the presence or exit of Nato forces from Afghanistan. In fact, we can deal with them more effectively in the presence of Nato forces in Afghanistan. Once the world is no longer focused on terrorism, defeating the Taliban is likely to be an uphill task. The recent statements of US Secretary of Defence Leon Panetta and other officials of the Obama Administration on our role as an ally in the war on terror should be taken seriously. Nato trucks have used our routes for more than 10 years and the losses suffered by Nato when using alternative supply routes are not positive gains for anybody. Pakistan is likely to be a loser if it continues with its policy of denying supply routes to Nato and pursuing a policy of non-cooperation in the war on terror.

The present coalition government may be one of the weakest in our history. Besides its own incompetence, bad governance and corruption, it has been hounded by different forces since 2008. The government has been fighting these forces and trying desperately to complete its term at all costs. And in this process, the most affected people are common men. Corruption, bad governance, Balochistan, Karachi, the killing of Shias and loadshedding are serious issues, no doubt, but terrorism is the most dangerous challenge confronted by this country. A destabilised and anarchic Pakistan will embolden the Taliban and make the people of this country more vulnerable to terrorism. To avoid isolation in the world community and to deal with our own issues of terrorism, all political parties represented in parliament and the army leadership should take a collective, pragmatic decision on our future role in the war on terror.