The ideali­sm of the politi­cal leader­s is in fact a game plan to mainta­in the status quo.
By Farzana Versey
Published: August 17, 2010
Tweet Email 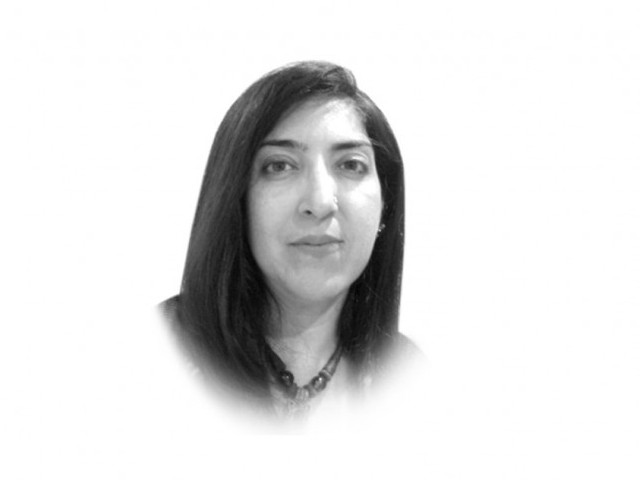 The writer is an Indian author and columnist farzana.versey@tribune.com.pk

One year, during Independence Day – yours and mine – I happened to be in Pakistan. There were people applauding Indian democracy. Nice people in nice homes were telling me how fortunate I was. I faked elation. I have never felt so different, yet so Indian. Pakistanis have had to deal with military dictators and are therefore understandably enamoured of the ability of Indians to throw out governments every five years.

What no one bothers to look into is that for those five years democracy lets people decide and agree upon certain freedoms autocratically designed for them. The idealism of the leaders is in fact a game plan to maintain the status quo. Democracy does not do away with hierarchy; it adds several layers to it.

There are three factors that confuse Indians and Pakistanis in different ways.

Secularism: It started way before 1947, which is the reason we are still fighting over the leftover manifestos of Partition. Muhammad Ali Jinnah’s secularism could not translate naturally into democracy for the very idea of creating a ghetto nation is anti-democracy. Pakistan was created for Muslims and secularism was meant to be the icing on the cake. India did not have that choice; it was busy dividing the pie. Secularism and religion are not at odds with each other. If we call India a secular nation, then we have several religions screaming out from different directions. We confuse multiculturalism for secularism. Incidentally, religion and parochialism have played an equally damaging role in India despite this rainbow nationhood or, perhaps, because of it.

Modern monarchies: Dynastic politics in contemporary times is an insult to the democratic idea. We often justify it as: “Oh, we are an emotional people and get attached to these families.” Indeed. We are the ones who torture and kill our own, sometimes even before they are born. Our subcontinent is a sad case of slavery passing off as human bonding.

Asif Ali Zardari, when he took over from his assassinated wife, said he wanted to be like Sonia Gandhi. This initially meant pulling the strings and slowly coming into the limelight as a shadow figure. Sonia Gandhi forced Rahul into the fray to save her position and act as her frontman and although now 40 he is still ambling across the grassroots terrain.

Speaking about Bilawal Bhutto, Imran Khan had said then: “You can inherit a house, jewellery… but how can you inherit other people’s wishes, dreams? A democratic political party, being inherited — it is mockery of democracy.” It amused me that he wanted Benazir’s son to be like the son of India and it would be wonderful if he “gets educated, and is starting from below — like Rahul Gandhi in India”.

While he seemed to have a legitimate problem with home-grown inheritance, he was using the same legacy in India as an inspiration.

TINA: There Is No Alternative. Why? Because no second rung leadership is created; no one is given an opportunity. People of stature holding important portfolios look like minions in the boudoirs of the ones born with the country in their mouths. But TINA is a coquettish concept. Strangely, it promotes fidelity even as it is poised for a pole dance. It is a riveting sight and prevents the citizens, bonded with herd instinct, from looking elsewhere.

There will be several little people doing big things, but come floods and poverty photo-ops and it will be the sons of the spoils who will be promoted, returning home from exile or slumming it in Dalit shanties. Look, we say, this is what we need. No, this is what we get. Some call it democracy when it really is manufactured consent.

Drowning in our own ineptitude