Ali Zafar: Why are you so cute?

Ali Zafar: Why are you so cute?

Read on to see what he thinks about the newly electe­d prime minist­er and acting in a Lollyw­ood film.
By News Desk
Published: June 25, 2012
Tweet Email 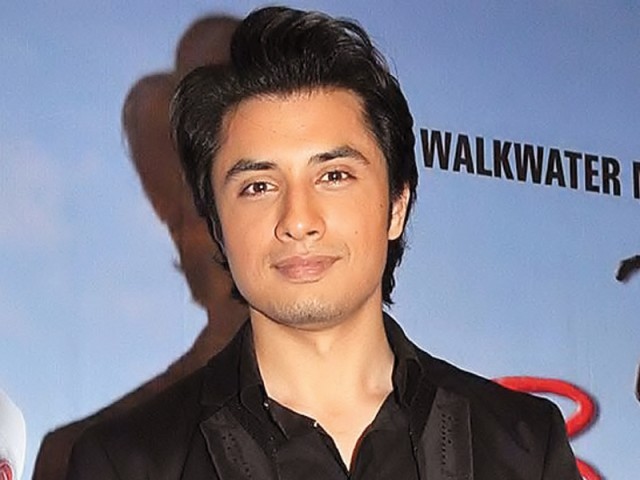 Believe it or not, this is a question Pakistani pop singer, model and actor Ali Zafar was asked by a Twitter fan — and he answered! Zafar, who has made a splash in Bollywood with his films Mere Brother Ki Dulhan and most recently London Paris New York, spent this Sunday answering fans’ questions on the micro-blogging website. Read on to see what he thinks about the newly elected prime minister and acting in a Lollywood film.

Q: What was the last movie you saw?

Q: What impresses you?

Q: What would be the first thing you’do if you are made the prime minister of Pakistan?

A: Have a serious talk with… (if you’re wondering who he’s referring to, your guess is as good as ours!)

Q: What is your review for this “Coke Studio” season?

A: I think some tracks sound great.

Q: How do you deal with someone who comes into your life, becomes special and then leaves?

A: You write a song; or many songs.

Q: Who is your favourite cricketer?

Q: What is your review for Teri Meri Kahaani?

A: Haven’t seen yet but want to. I’ve heard they (Shahid Kapoor and Priyanka Chopra) look great.

Q: Are you going to do any more movies in India?

Q: Why don’t you work as an actor in Lollywood?

A: I will if a sensible script comes along.

Q: Your next Hindi film is?

A: Chashme Baddoor, releasing on August 24.

Q: Have you sung any songs in Chashme Baddoor?

Q: Are you satisfied with the new prime minister?

Q: Similarities between India and Pakistan?

A: Aik maa kay do baetay. Galay milnay kay intezar mein (two sons from the same mother waiting to embrace each other)

Q: Would you act in a Pakistani movie, if offered? A Shoaib Mansoor movie?

A: Yes why not; if I like the script.

Q: Will you be in a funny movie like Mere Brother Ki Dulhan again?

A: Chashme Baddoor is funny.

Q: Is there anyone you have a dream to work with, in your career?

Q: What is your idea of happiness?

A: It should not come at the cost of other people’s sadness.