No, but the questi­on needs a longer answer as to why democr­acy cannot provid­e the expect­ed benefi­ts in Pakist­an.
By Shahid Javed Burki
Published: June 24, 2012
Tweet Email 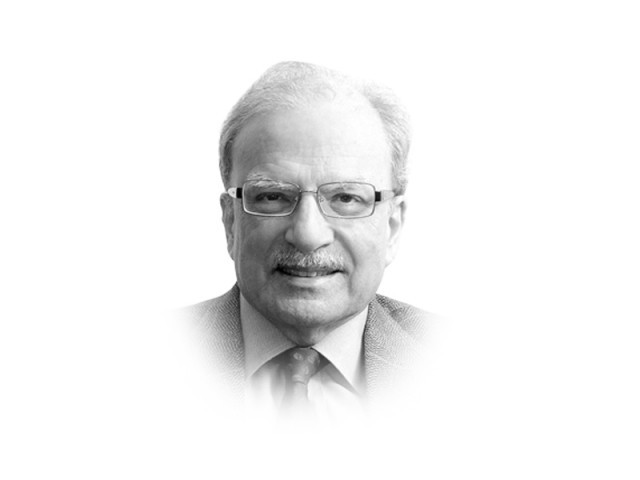 I will begin by stating a number of simple yet important premises: that democracy is good for development and sustainable economic growth; for a more equitable distribution of the fruits of growth; for giving people with diverse and seemingly irreconcilable interests and objectives the opportunity to resolve their differences; for providing the citizenry with the outlets they can use to express their frustrations; and it helps those states that practice it to live in peace with their neighbours. If these are self-evident truths, one would expect Pakistan to have benefitted in several different ways from the return of democracy. The move from a controlled political system dominated for long by the military, to one that is more open and in which the making of public policy is entrusted to the chosen representatives of the people should have produced greater human welfare. But it does not seem to be working out that way.

Out of the five benefits of democracy listed above — and there are many more — that should flow once it is adopted as the preferred form of governance, only two have produced satisfactory results for Pakistan thus far. After decades of wrangling with India, Pakistan has begun to develop better and less adversarial relations. These may result in an arrangement that puts greater emphasis on producing economic benefits for both sides. Most citizens, today, are worse off than they were four years ago, when the political system began to change. But there is no widespread rebellion against the state. The other three positive outcomes from the above list have not been evident since the beginning of 2008, when the country began to pull away from military rule. As the country prepares to hold another general election in late 2012 or early 2013, the present rate of growth has slowed to a point where it is slightly greater than the rate of increase in the population. Meaning, not much is being added to the national product so that those who occupy the lower rungs of the income distribution ladder cannot draw benefits from the little economic change that is occurring. In fact, the distribution of income has worsened since 2008. Does this mean that democracy has failed in Pakistan; that for some reasons peculiar to the make-up of the country, democracy has not delivered what it is supposed to provide to those who chose it as the preferred form for their governance?  The short answer to this question is ‘no’. But the question needs a longer answer as to why democracy seems to be failing and cannot provide the expected benefits in Pakistan. We can pick some clues from the large and growing literature dealing with the workings of democracy around the globe. Political scientists have been investigating this subject for decades. They have approached it from many different angles — by carrying out comparative country analyses and by tracing the evolution of democracy over time. The historical perspective has yielded as many insights into the impact of democracy on economic development as did country comparisons. The main conclusion most analysts have reached is that it takes time — several decades, sometimes even centuries — before democracy is fully established. Only then can its full benefits be realised.

Even economists have moved beyond the comfort provided by their much more rigorous discipline to introduce new factors other than capital and labour for producing growth. They have now expanded their production functions to include a number of essentially non-economic contributors. The list of these contributors keeps growing and now includes the development of the available human resource, technological advancement and development of institutions. It is the inclusion of institutions as one of the explanatory factors that brings democracy into the economic growth equation. There is a developing consensus among those who work in this discipline that a political order that allows participation to the people – or ‘economic agents’ as they are sometimes called by economists — helps economies to make progress.

In sum, while it is fully understandable why despair is the most common sentiment in evidence in the country today, what is also needed is patience. This advice is easy to give but hard to receive, in particular by those, who are burning in the heat in many parts of the country because of the failure of the state to provide a steady flow of electric power. That said, alternatives — a widespread rebellion, hope for system change etc. — are much worse.