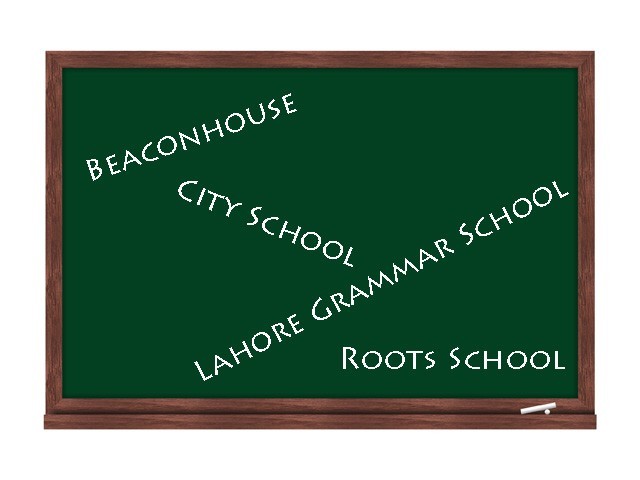 In Pakistan, one business sector that has flourished is private education.

LONDON: In an overall environment of doom and gloom in Pakistan, one business sector that has flourished is private education. There are several private schools like Beaconhouse (which claim to be the largest private school system in the world), followed by City Schools, Roots Schools and Lahore Grammar Schools, etc.

While most of the aforementioned private schools target the relatively affluent strata of society, there are others like Dar-e-Arqam Schools and Allied Schools, which focus on middle-income groups – a larger proportion of the population. Dar-e-Arqam has a religious dimension as well, although it cannot be termed a madressa.

Similarly, some international private schools, like PakTurk International Schools, have a religious and social dimension, although their curricula remain by and large secular.

In a country with a population of over 180 million (the sixth most populated country in the world), and a near breakdown of the public education system (from primary to the university level), it was only natural for the private sector to fill the vacuum. In fact, the role of the private sector and charitable organisations in the provision of education could have been significantly greater had the Zulfikar Ali Bhutto regime of the early 1970s not nationalised almost all medium and large-sized economic units, including many schools and colleges.

After the demise of the Zulfikar Ali Bhutto regime in the mid-1970s, a number of private schools, colleges and universities were set up in different parts of the country. Notable educational establishments of that era include Beaconhouse School (1975), City School (1978), Fauji Education System (1982), Lahore University of Management Sciences (1985), Punjab Colleges (1985) and Roots School System (1988). These are all successful names in the provision of education at different levels, albeit with varying quality standards.

Although tertiary education has assumed a lot more significance in the last 20 years in Pakistan (with over 140 institutions of higher learning registered with the Higher Education Commission and provincial authorities), the real growth has been in primary and secondary education. So compelling is the education story of the country that the number of new private-sector schools keeps increasing with every passing month.

On the back of this success, Pakistani schools can and must play a role in the international market for education and studies. Beaconhouse has already started operations in some other countries, like Malaysia, Bangladesh, Thailand, UK, etc, but it is necessary to bring sizable foreign investments to build more, and larger, schools, colleges and universities.

The huge domestic market must attract international investors to the education sector. There are already some foreign groups operating in Pakistan, like Choueifat School System. Other schools that have financial backing from people outside Pakistan include the American International School Lahore, whose shareholding primarily comes from Pakistani diaspora in USA.

While the likes of Choueifat are welcome to operate in Pakistan, it is even more important that greater investment is brought into the country to develop Pakistani institutions like Beaconhouse into an international brand. At present, these institutions are merely offering foreign qualifications like A-levels and International Baccalaureate, but should be looking to innovate and expand.

Consequently, there is a need to develop new curricula and qualifications for the Pakistan market, with such quality that these would be marketable internationally. This can be achieved provided Pakistani private schools become real leaders in the provision of a high standard of education worldwide. Failing to think outside their comfort zone, Pakistani schools will continue to deliver foreign qualifications locally (or elsewhere) without getting due recognition in the international market for school education.

The success of private schools is not merely failure of public-sector schools, but also the failure of Pakistani curricula and examination boards. It is imperative to develop an alternative examination board, nationally, in addition to the boards of intermediate and secondary education on a divisional level. All the private schools must subscribe to the examinations conducted by this alternative board, even if they follow British or American curricula. There is also a need to develop new qualifications, which must be taken up by the students of private schools.

Opportunities abound in developing new, internationally marketable qualifications on the back of success of Pakistan’s private schools. Given the continual changes in professions, a wide spectrum of new qualifications may be developed.

THE WRITER IS AN ECONOMIST AND A PHD FROM CAMBRIDGE UNIVERSITY

Smartphone wars: The battle lines have been drawn