"He had a schola­rly tone in his speech which differ­entiat­ed him from others."
By Our Correspondent
Published: June 23, 2012
Tweet Email 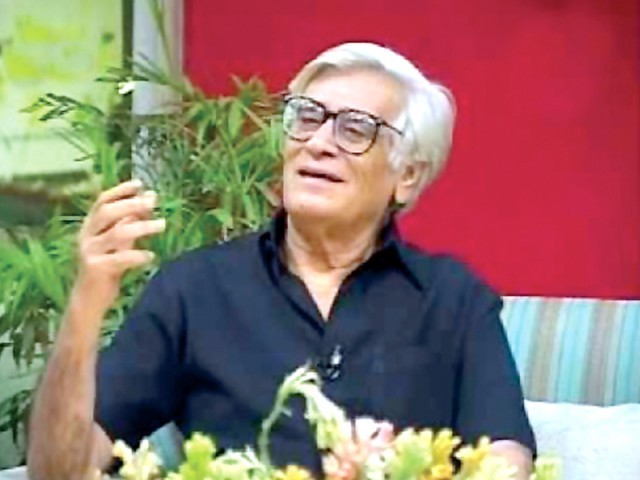 "He had a scholarly tone in his speech which differentiated him from others." PHOTO: FILE

Writer and documentary film maker Obaidullah Baig died here on Friday morning. He was laid to rest at the Gizri graveyard of Defence Housing Authority in the evening. His funeral prayers were offered at Sultan Masjid.  A number of artists, writers and journalists attended his funeral.

Paying tribute to Obaidullah Baig, vice chancellor of Ziauddin University, Prof. Dr Pirzada Qasim Raza Siddiqui, said “he had a scholarly tone in his speech which differentiated him from others. He used to work with zeal and solemnity and the good thing was that he transferred that spirit to others.”

Siddiqui said that Baig had multiple qualities which are difficult to find in a single person and “he will be remembered for a long time because of his work.”

Journalist Ghazi Salahuddin expressed his concern about society, which is going down in terms of literature, arts and morality. “Obaidullah Baig was an institution. He had so many aspects that I can’t decide which one to speak about,” he said. Salahuddin, who had a long association with Baig, said that Baig is known for Pakistan Television’s popular programme “Kasauti”, but he has done a lot aside from this, which includes his two novels and documentary films and other literary work.

Saifur Rahman Grami, former vice president of Arts Council Karachi, also remembered  him as an institution and said his death was a loss to the world of literature.

Another journalist, Farhad Zaidi, told The Express Tribune, “The death of Obaidullah Baig is a great loss to the Pakistani literary society. He was a great man, and a great writer.”

Nutritional disorders: Vitamin B deficiency can go undetected for years