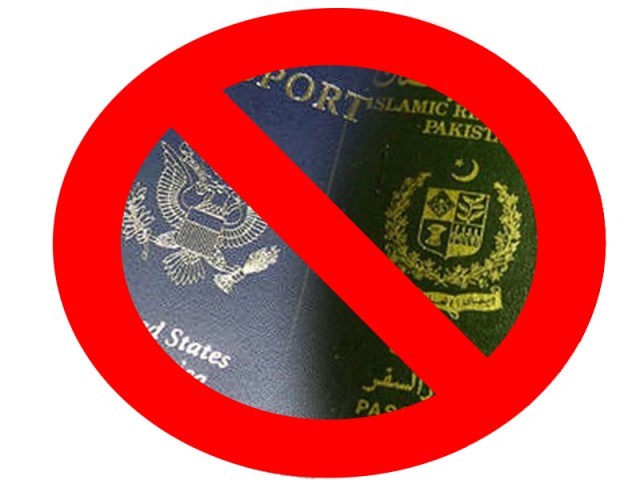 While the apex court is eagerly pushing the government to make arrangements for overseas Pakistanis to cast their votes, it insisted again on Thursday that it would not allow dual nationality holders to enter the assemblies, citing constitutional bar as a reason.

Dual nationality holding parliamentarians, however, defended their loyalty towards Pakistan before a three-judge bench of the apex court headed by Chief Justice Iftikhar Muhammad Chaudhry.

If we allow dual nationality holders to enter into our assemblies, then imported prime ministers will come to rule us, the chief justice said.

Senator Wasim Sajjad, counsel for MNA Farahnaz Ispahani, said it was not realistic to question someone’s loyalty on the basis of dual nationality and to suspend their membership from the assembly subsequently.

The court suspended Ispahani’s basic membership a month ago on the grounds that she had US citizenship. Meanwhile, former senator Rehman Malik is also fighting for restoration of his membership before the court.

No impediment for judges

The chief justice remarked that the court would not allow a foreign citizen to have direct access to nuclear facilities and other secrets of the country.

Why are there no such impediments for some other tops slots, like the auditor general, high court judges or chief justices, Ispahani’s counsel remarked.

A high court judge is authorised to suspend a prime minister and can also seek record and minutes of sensitive meetings of the defence and parliamentary committees, Sajjad replied.

The chief justice asked him to remain specific to the case.

Sajjad asked the court to interpret the constitutional provision 63(1)(C) that talks about disqualifying an assembly member if “he ceases to be a citizen of Pakistan, or acquires the citizenship of a foreign state…”

Since it is a matter related to political rights of overseas Pakistanis, the word “or” in the article should be altered with the word “and.”

In the era of evolving concepts, there should not be a constitutional bar for dual nationality holders, Sajjad said.

The court turned down Sajjad’s suggestion saying no alteration could be made in the Constitution by the Supreme Court.

We have no objection over thousands of dual nationality holders but the court’s concern is only related to over a dozen members of assemblies, the chief justice added.

Justice Khilji suggested that parliament should introduce an amendment, if it deems fit.

Sajjad then asked the bench to refer this matter to parliament, but the chief justice said that upholding the Constitution is a basic responsibility of this court.

The chief justice also warned dual nationality holding parliamentarians who have not appeared before the court yet, saying that the election commission will be directed to issue their suspension notifications if they did not appear.

Sajjad asked the judges not to bypass the Constitution while deciding such matters.

The court then adjourned the hearing until Monday. Anwar Mansoor Khan, counsel for Rehman Malik, will complete his arguments by 11 am on Monday.