Why Father’s Day gets less love

Why Father’s Day gets less love

Why are we strang­ely quiet when it comes to celebr­ating daddy deares­t?
By Hani Taha
Published: June 16, 2012
Tweet Email 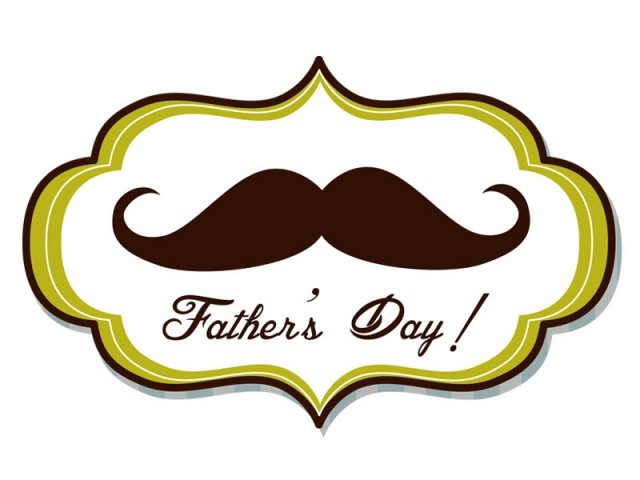 Why are we strangely quiet when it comes to celebrating daddy dearest?

We may be an annoyingly patriarchal society, but it seems that we have gone all out lately to celebrate women and mothers in particular. Although it’s just a niche of society that is busy celebrating these events, any effort in a good direction must be lauded.

Lately, one witnessed malls bedecked with promotional campaigns and television screens flooded with special anthems and songs to honour mothers. Corporations like Procter and Gamble (P&G) went all out to create a series of ads globally crowning itself as a ‘Proud Sponsor of Moms’. Yet, with Father’s Day approaching, the media and malls seem strangely quiet and empty. When it comes to celebrating the other half responsible for human existence, why is there such an obvious disparity?

Regarding this discrimination, the manager at Butler’s Chocolate Cafe at Dolmen City Mall Furqanullah Khan says, “People generally have a greater attachment to their mothers and even our religion (Islam) places mothers in a higher league than fathers.” When asked if there were special Father’s Day treats to be sold at the cafe similar to what they had on Mother’s Day, he said that there “wasn’t anything special planned” for Father’s Day this weekend. Khan himself planned on giving his father a box of chocolates and roses as he did for his mom last month.

Even Scentsation, the glamorous perfume store at Dolmen City Mall that held a special promotion on Mother’s Day, is devoid of any ornamentation or offers for dads at the moment. The management claims that the marketing team has something in mind that will be revealed closer to the actual day.

Kashif Minhas, a young salesman at Scentsation, who is a father to a five-year-old, feels that it is the media’s role to highlight the importance of Father’s Day. “For kids, both parents are equally important and one would feel incomplete without either one of them,” asserts Minhas. “Although these celebrations have no basis in our culture, if they bring us an air of festivity, there’s no harm in adopting them,” he said.

The fact that a father’s role is fundamentally different from a mother’s in our society could also be a reason. “A father has a disciplinary role while mothers take up the nurturing role,” stated Minhas.

Sunil Munj, another young father with a three-year-old, has a similar point of view. “Men are emotionally stronger and don’t reveal their feelings openly,” he states. “Women, on the other hand, be it girlfriends, wives, sisters or mothers, need that reinforcement of the fact that you love them, which is why they enjoy and crave for such events more. I love my father but I don’t think I can openly tell him that.”

Clearly, for some men, this traditional upbringing of being tough always comes in the way of celebrating an event with an effusive connotation like Father’s Day. Also more likely, there is that distancing in traditional households where the father is regarded as an omnipotent patriarch.

An interesting paradigm that emerges from this is how media pushes for these events. Take for instance, Basharat Saeed, a young single man who works for Lums, who says, “It’s easier to elicit an emotional response when you talk about mothers. It is as true for marketing goods as it is for picking fights at school. When was the last time someone got punched for saying, ‘your father’s got a hot body?’”

‘Boss’ Zardari had no involvement in Memogate: Commission report