Summertime: Saving lives at the beach

Summertime: Saving lives at the beach 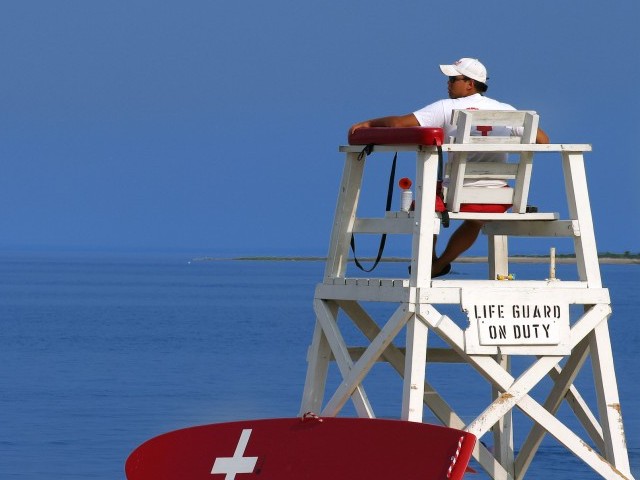 To safeguard beachgoers, the Aman Foundation has launched a contract with the Pakistan Life Saving (PALS). PHOTO: SXC.HU

The humid weather sees Karachiites making a beeline for the beach but each year, there are tragic accounts of people drowning in the sea who couldn’t be rescued in time.

To safeguard beachgoers, the Aman Foundation has launched a contract with the Pakistan Life Saving (PALS), an internationally accredited lifeguarding establishment that trains and recruits lifeguards at Karachi’s beaches, to sustain the invaluable lifeguard services for the next five years.

A ceremony was organised at the PALS head office at Hawkes Bay on Monday, to inaugurate the Aman PALS Rescue Service that aims to provide safety to the public.  The event also included a live demonstration by lifeguards.

The Aman grant will provide employment opportunities to more than 120 lifeguards belonging to low-income communities in the coastal areas. These fishermen communities are marginalised and lack basic facilities and the initiative aims to help them earn a livelihood.

The lifeguards are selected by PALS and then trained by experts courtesy of Surf Life Saving-New Zealand and Surf Life Saving-Australia, to turn them into contributing members of their communities and their households. Aman-PALS plans to not only ensure safety at the city’s beaches but will also sustain and build a thriving social enterprise, based on the foundation’s grassroots approach.

The lifeguard services were first revived by Aman Foundation in early 2011 through the disbursement of a capacity building grant to PALS. From June to December 2011, the lifeguards successfully rescued over 300 people and administered first aid to over 400 beach visitors.

Traders call off Karachi strike, markets to reopen after 5pm