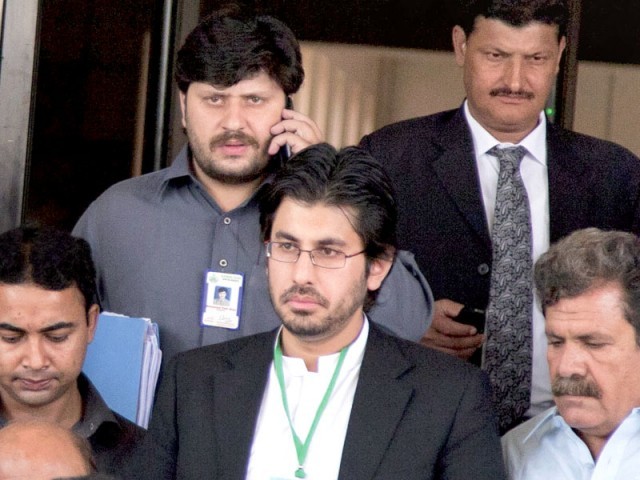 ISLAMABAD: The written statement of business tycoon Bahria Town Malik Riaz, which he submitted in the Supreme Court on Tuesday stated that he spent a total amount of Rs342.5 million on chief justice’s son Dr Arsalan Iftikhar Express News reported.

Riaz said in the statement that Dr Iftikhar had “promised” that he would help settle cases in his “father’s court”, but “did not get any relief despite the money spent.”

He said that he paid for the two trips Dr Iftikhar had made to London – one with his family and the other with a friend. The businessman claimed that he also rented out a Range Rover for Dr Iftikhar while he stayed in London.

Riaz further added that he gave Rs326 million in cash to the chief justice’s son on different occasions.

He made it clear in his statement that neither the prime minister, the president or any political personality were part of or related to the agreement in any way.

During the hearing, Riaz informed the judicial bench that Dr Iftikhar had been putting the blame on him in order to “hide his own crimes.”

Justice Jawad S Khwaja observed that whenever the court’s sanctity was being questioned, they would protect it.

Bukhari argued before the bench that the court could not hear the case as it was a fraud case and that it should be referred to National Accountability Bureau (NAB).

Riaz informed the court that the chief justice’s son had been “threatening” his son-in-law, Salman Ahmed, and has been “taking money from him.”

He also prayed to the court that a commission should be formed in order to decide the fate of this case.

The court adjourned the hearing till June 14.

Snubbing bribing allegations that made rounds in the media, son of Malik Riaz, Ali Riaz Malik had said in his statement submitted in the Supreme Court on Tuesday that the Bahria Town administration did not have anything to do with the claims.

Ali Riaz, the Chief Executive Officer (CEO) of Bahria Town, had maintained in his statement that his father and mother Beena Riaz do not hold any shares in Bahria town.

He had said that neither he nor Beena Riaz made any allegations against the chief justice’s son, Dr Arsalan Iftikhar.

The Bahria Town CEO had informed the court in his statement that Malik Riaz had resigned from his position in the Bahria Town administration and that he had nothing to do with the matter.

Ali Riaz had dissociated himself from the claims made by the anchorpersons of a private TV channel.

He had said that Iftikhar did not give a statement against Bahria Town.

Bukhari, speaking to the media, said that he had presented the detailed statement to the court and now proceedings could move to the next step.

“Now the next stage, which is that of investigation, is not the job of the Supreme Court,” said Bukhari, adding that investigating was the duty of the agencies and said he had suggested that the court either form a judicial commission or forward the case to National Accountability Bureau (NAB).

“The court heard my objections and suggestions and has given a day’s time for deliberation,” Bukhari said.

“We wait for the court’s order to see whether it decides to continue hearing the case, passing it on to the concerned authorities or, possibly, decides there is no need for further proceedings.”

Information was leaked to certain media houses claiming that Dr Iftikhar had received millions of rupees and foreign trips as bribe from Malik Riaz in return for pledges to settle all pending cases related to Bahria Town.

As the news spread on national media, Chief Justice Iftikhar Muhammad Chaudhry had taken a suo motu notice, and had summoned his son and Malik Riaz to the apex court.

Correction: An earlier version of the article incorrectly stated the name of Malik Riaz’s wife Beena Riaz as Veena Riaz. The correction has been made.