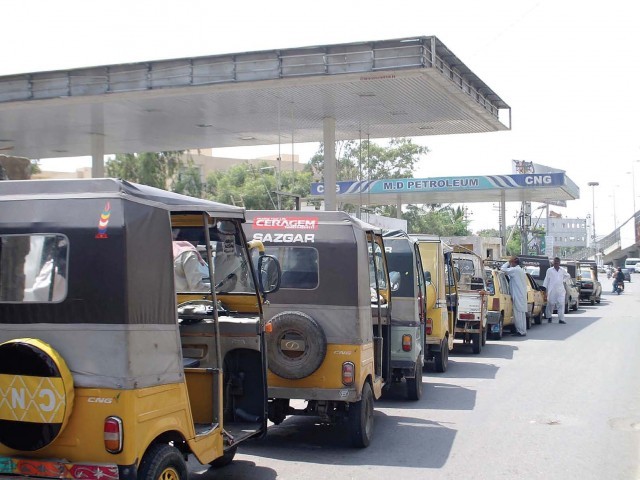 PESHAWAR: The All Pakistan CNG Association (APCNG) called off its strike on Sunday after Senator Ilyas Bilour said the government will make an effort to meet their demands.

The association has set a 72-hour deadline for the government to withdraw ‘extra taxes’ or it will resume the strike.

APCNGA’s Khyber-Pakhtukhwa Chairman Pervaiz Khattak told The Express Tribune that the decision has been taken to provide relief to the general public.  He said that ANP’s Senator Ilyas Bilour has assured them that he would raise the issue with authorities concerned and try to resolve their problems.

The APCNGA had launched a strike on June 5 against a decision of increasing Gas Infrastructure Development Cess (GIDC) rates that will increase CNG prices. The association in Khyber-Pakhtunkhwa had closed 600 CNG stations across the province in protest of the tax.

Khattak said that it is only the general public that suffers by such taxes. “We are left with no other option but to go on strike.”  On the other hand, he said, commuters will bear the brunt if gas prices are increased.

He added that the government is paying no heed to their demands, forcing them to close gas stations across the province.

However, many CNG stations have not observed the strike.  “The APCNGA call for a strike turned out to be a profitable business for CNG stations owners, who took advantage of the situation by selling the commodity at high prices,” a taxi driver told The Express Tribune. “CNG stations are charging transporters up to Rs87 per kilogramme.”

Transporters have also exploited the situation by charging extra fares from passengers on the pretext of using petrol.

The Pakistan Muslin League-Nawaz, Pakistan Tehreek-e-Insaf and Muttahida Qaumi Movement supported the APCNGA’s stance and criticised the government for imposing cess tax, which the APCNGA says will break the backbone of the industry. “If the tax is not withdrawn, prices will increase by Rs15 per kilogramme,” Khattak said.

North Waziristan operation: ‘National interest, not foreign dictation will be the criterion’