Says media report­s about Malik Riaz contac­ting her to break news about the case 'made up'.
By Web Desk
Published: June 10, 2012
Tweet Email 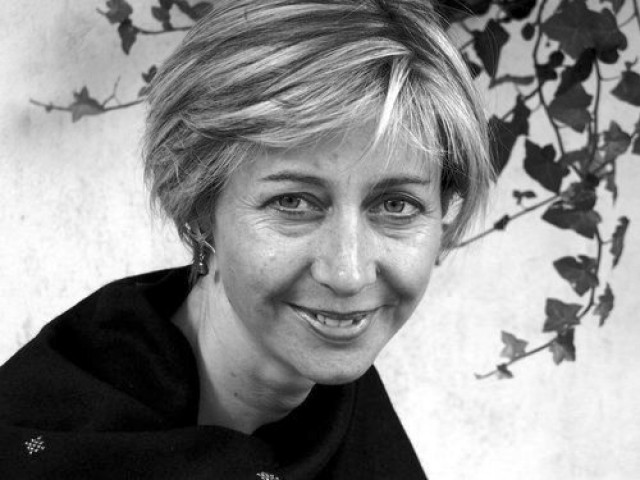 Says media reports about Malik Riaz contacting her to break news about the case 'made up'. PHOTO: TWITTER

Terming media reports as “made up”, British journalist Christina Lamb denied having contacted anyone regarding the financial impropriety case against Dr Arslan Iftikhar, the son of Chief Justice Iftikhar Muhammad Chauhdry.

Earlier, media reports had claimed that the chief of Bahria Town, Malik Riaz, had approached Lamb — the Washington bureau chief of Sunday Times — to “break the news” about the scandal when the chief justice was scheduled to come to receive the International Jurists Award – 2012.

The reports further claimed that this move was planned to “bring a bad name” to the chief justice and might also force him to resign.

Any purported quotes from me on CJ issue are made up, all I know is what I’ve read in the media and have spoken to no one!

have no idea how this started but can I clarify I am not planning a big expose on Familygate, have spoken to no one abt it

Following media reports that Dr Arsalan had received between Rs300 and Rs400 million from Riaz to influence judicial proceedings, the chief justice had taken a suo motu notice and had summoned him and Bahria Town’s chief.

Malik Riaz, however, did not appear before the court and a personal staff officer had informed the court that he was in the United Kingdom, undergoing medical treatment.