Pakist­an has signed a memora­ndum of unders­tandin­g with Malays­ia, VC of the Sindh Board of Invest­ments said.
By Faryal Najeeb
Published: August 14, 2010
Tweet Email 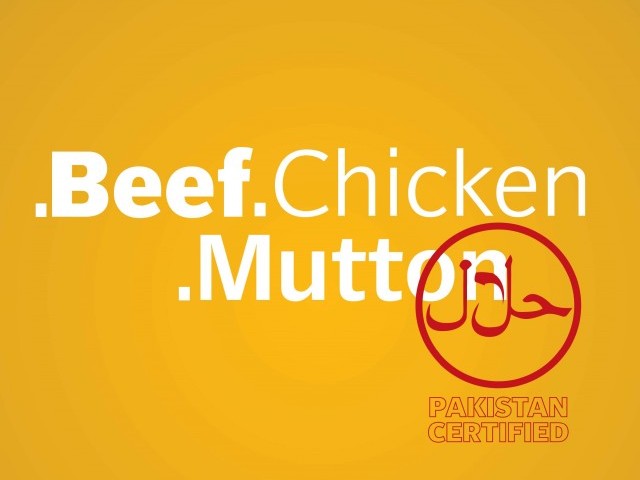 KARACHI: Pakistan has signed a memorandum of understanding (MoU) with Malaysia according to which Pakistan can now issue certificates for products of the Halal category, said Vice Chairman of the Sindh Board of Investments (SBI), Zubair Motiwala.

Talking to The Express Tribune, he informed that SBI and the State Minister of Penang for Domestic, Consumer and Religious Affairs and Minister of Halal Hub of Kenan, Malaysia, Haji Abdul Malik Qasim signed an MoU late on Thursday empowering Pakistan to issue Halal certification which will be recognised all over the world.

Until now, Pakistan had to ask Malaysia to approve its products but now this new agreement is going to save both time and costs and also gives Pakistan a new recognition in the global Halal products market.

“With this progress we will need to train people, set up a lab and organise a system of some sort according to international requirements so that is going to be an investment in itself,” Motiwala stated.

He said that apart from the Halal certification, Malaysia has also agreed to set up a Halal Park at Bhambore, near Thatta in Sindh where a complete industry would be set up specialising in Halal products.

Furthermore, a livestock farm has also been set up over an area of 2,500 acres, on which 1,300 acres are for actual farming, while the remaining 1,200 acres are for grazing of livestock, the SBI vice chairman said.

He said that this move had been made to take over India’s market of Halal meat in Malaysia which exceeds 50,000 tons per annum. Motiwala said that Pakistan was enthusiastic to make its presence felt in the Halal market as it is currently a billion-dollar industry which is expected to reach $7 billion by 2020.

Citing the example of Rooh Afza, a local beverage brand, he said that sales of the product had increased by 20 per cent after it won the Halal certification. “Halal is now a lifestyle,” he stated, adding that Muslims, in the West in particular, are ready to pay extra to ensure that what they are consuming is within the guidelines of religion.

He further said that the SBI had also agreed to cooperate in the shrimp and fish farming sector, while Malaysia would join hands in providing the nation with a solution to the power crisis.