The art of the matter

The art of the matter

Why the sudden surge in intere­st in Pakist­ani artist­s?
By Hani Taha
Published: June 9, 2012
Tweet Email 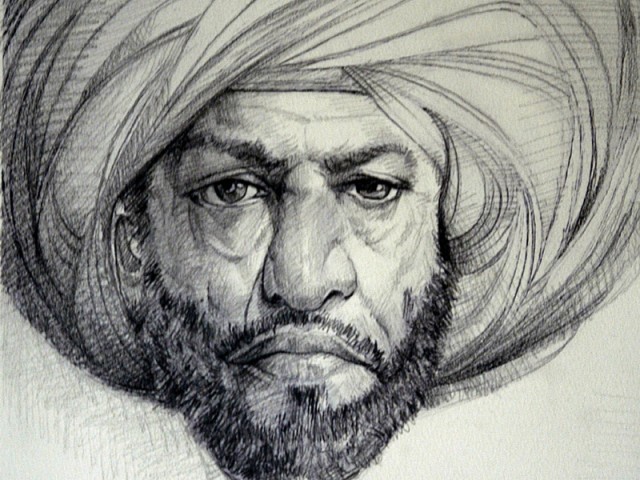 Gone are the days when artists were a pitied lot, and art as a profession was reserved for a certain class. Pakistani artists — both maestros and young saplings — are now making inroads into international galleries and some of the world’s most glamorous homes.

“Back in our days, it would take us at least a decade before we got an international show,” speaks Adeela Suleman, Coordinator of the Fine Arts Department at the Indus Valley School of Art and Architecture (IVSAA), Karachi. “Now, fresh graduates benefit from their teachers’ connections and get picked up from their thesis showings at schools for international exhibitions,” adds Suleman.

This certainly seems true for a young artist, Scherezade Junejo, who got a show in Australia after only two years since graduation. “Things have changed and there is more scope and openness for every kind of art to flourish. From graphics to fine arts to installations and visuals, we are given the ability to speak in whatever language we wish since art is less taboo now.” As an example of openness and freedom, Junejo cites how blatantly comfortable a homosexual teacher feels at a local art school.

Other artists who were able to cross borders and carve a niche for themselves include Sonia Chundrigar whose abstracts sell well in New York and Waseem Ahmed, whose popular miniature paintings are housed in Sotheby’s today.

Beauty is in the eye of the beholder

So what has made contemporary Pakistani art so interesting to the foreign eye? “Pakistan artists don’t have an eye on the market; they are true to their work,” asserts Salima Hashmi, currently the principal at the Beaconhouse National University (BNU), Lahore. “What makes Pakistan’s contemporary art unique is that finest studio artists are also teachers,” Hashmi points out. Indeed, many artists have also relied on teaching to sustain themselves; examples of such artists include; Rashid Rana who teaches at the BNU and Imran Kureishi who teaches at the National College of Arts (NCA). “In most other countries, established artists don’t nurture the new talent; they just teach a semester at most and not dedicate their lives to academia the way Pakistanis do.”

However, Suleman has a different opinion on the sudden surge in interest for works by Pakistani artists. Suleman, who is also a coordinator at Vasl Artists’ Collective, believes it was 9/11 that did the trick. “The world became interested in Pakistan and its artists; so for us, the event came as a blessing in disguise,” she remarks.

Meanwhile, art critic and Associate Professor of Fine Art at NCA, Quddus Mirza holds a far more nuanced approach towards this interest in Pakistani art. “For one, there is greater affluence in the country and people have begun to see art as a symbol of status and taste. There’s a professional class now that has foreign education and greater awareness to appreciate art. Secondly, the gallery business is more active and exhibitions are held more frequently so people can buy a variety of art pieces according to their own tastes and pockets. Thirdly, artists are also taking their work seriously and there is this sophistication in their approach in terms of execution. Fourthly, when Pakistanis get international acclaim they begin to get noticed at home as well,” expounds Mirza.

What is also noteworthy is how the numbers of fine artists at famed art schools is shooting up: there are on average 40 fine art graduates from the NCA each year and about 20 per annum from IVSAA. The BNU, which is just a decade old, saw an increase from 12 to 20 fine art students in the last one year. “There was a time when we didn’t have a single student in fine arts back in the day at NCA,” recalls Hashmi, looking visibly content with the progress and change in attitudes towards art as a career.

A strong selection of works by major South Asian artists, seen for the first time on the market, heads Bonhams annual summer sale of Modern and Contemporary South Asian art. The auction will also present a large group of works by Pakistani artists. Gulgee’s 1965 work titled ‘Buzkashi’ (sold for £61,250), which depicts Afghanistan’s national sport, is one of the highlights of this section. Other than that, works by Faiza Butt, Khadim Ali and Anwar Saeed will also be presented.