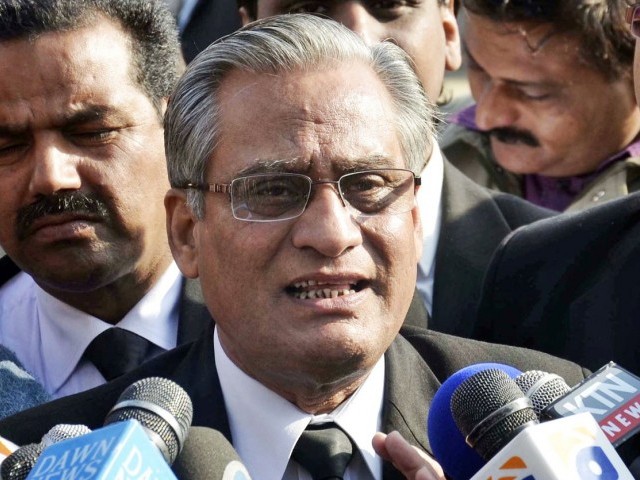 ISLAMABAD: The Supreme Court of Pakistan rejected the application filed by Zahid Bukhari, counsel of Bahria Town chief Malik Riaz, for the constitution of a larger bench to hear the Arsalan Iftikhar case, reported Express News on Saturday.

The court maintained that the constitution of a larger bench cannot be taken into consideration till a written reply by Riaz is filed to the court. A two-member bench, comprising Justice Jawad S Khwaja and Justice Khilji, will hear the case on Monday.

The Supreme Court had ordered both respondents of the case, Dr Arsalan Iftikhar and Riaz, to submit their detailed replies by June 9, but Riaz did not submit any reply. When Express News contacted Riaz’s counsel to comment on his future actions, Bukhari said that his client will only appear before the court when he is summoned by the court itself.

Arsalan denies all links to Riaz

In his reply, Arsalan denied all accusations against him and said that the statements of Riaz were contradictory, and if the contradiction is proved, the court should initiate an inquiry against him.

He added that all news related to him being published in the newspapers and being aired on television are wrong and only the statements he submits in the court should be given consideration.

Qadir had said that it was against the “code of conduct” for the chief justice to hear the case.