People in trouble: Over half of Swat’s public transport comes to a halt

People in trouble: Over half of Swat’s public transport comes to a halt

Those still runnin­g have increa­sed fares becaus­e of being on petrol.
By Fazal Khaliq
Published: June 9, 2012
Tweet Email 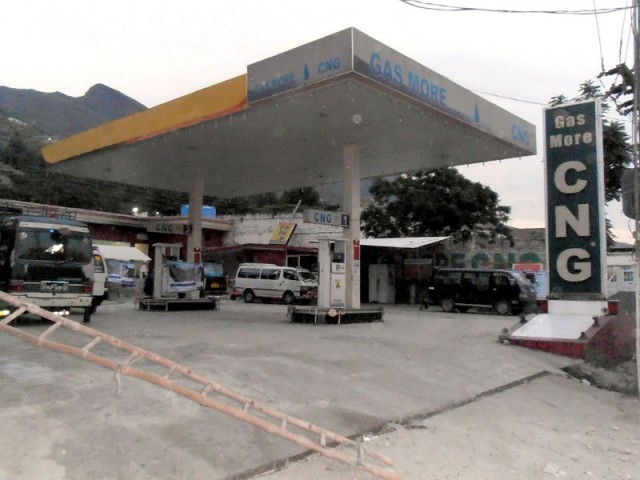 The strike has made life miserable for commuters and public transport owners alike in the city. PHOTO: THE EXPRESS TRIBUNE

SWAT: As the gas stations’ strike entered its second day in Khyber-Pakhtunkhwa, people here started facing problems associated with the shortage of the commodity.

The CNG Station Owners Association are on strike over the hike in fuel prices by the government. With the shortage of gas, more than half of the public transport remained closed. People could not get to their offices and schools in time, as they were forced to seek alternative modes of transport.

The effects of the strike are being felt more strongly in Swat because there is normally no gas loadshedding in Khyber-Pakhtunkhwa, owing to it being a gas producing province.

“I waited for a rickshaw for two hours in the morning but the stands were deserted. Finally, I walked for about six kilometres and reached office two hours late,” said Khurshaid Ali, a peon in a government office.

“Even at 10am, we have been not been able to find any vehicle to get to school. We are taking final exams and it seems that we will end up missing today’s paper,” said a student, who was standing in a group and waiting for a vehicle near a bus stand Mingora.

The vans and buses still running upped their fares. Sher Bahadar, a public van driver, told The Express Tribune, “Running vehicles on petrol is much more expensive and if we do not charge higher, then we can’t afford to do our job.”

A gas station owner said that the increase in the gas prices is not a viable option for most people and they will continue their strike until government takes its decision back.