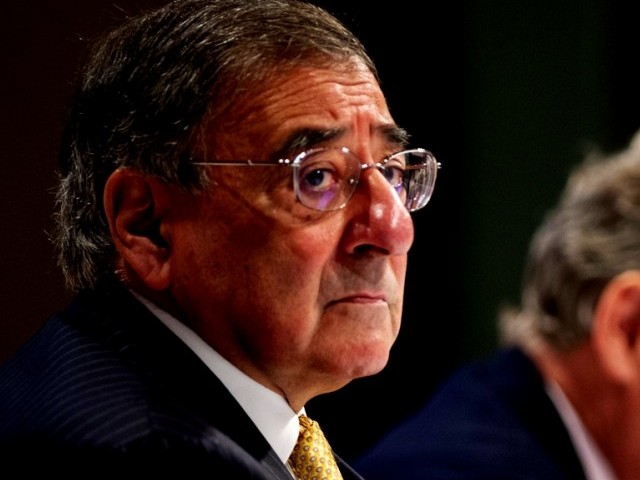 NEW DELHI: Terming drone attacks on Pakistani soil as ‘self defence’, US Defence Secretary Leon Panetta made it clear that the campaign will continue.

“We have made it very clear to Pakistani leaders that we will continue to defend ourselves,” Panetta, who is wrapping up his nine-day tour of Asia, said during an interaction at the Institute of Defence Studies and Analyses (IDSA) in the Indian capital.

His assertion came a day after Pakistan summoned the US envoy in Islamabad and lodged a protest over continued drone strikes, terming them unlawful and a violation of the country’s sovereignty.

“This is about our sovereignty as well… The leadership of those that were involved in planning (the 9/11) attacks located (themselves) in Pakistan,” he said.

“We had a strike yesterday (Tuesday) that hit another (al Qaeda) deputy leader,” he said referring to the death of Abu Yahya al Libi.

“They have provided some cooperation… They have been engaged in going after those who threaten their country… (But) there are times when, frankly, the cooperation is not there,” he added.

But, at the same time, he called it a ‘necessary relationship.’  The defence secretary said it was “extremely important” for the US to maintain its relationship with Pakistan given its nuclear capability.

“The US cannot just walk away from that relationship,” he said.

Talking about efforts to reopen transit centres and supply routes to Afghanistan from Pakistan, Panetta said “We are negotiating with them to see whether we can arrive at an agreement that will re-open those areas.”

Meanwhile, he welcomed steps taken by Pakistan and India to normalise trade relations and called them a key measure for both nations to resolve their differences. He added that it was important New Delhi continued to make progress in its dealings with Islamabad.

“Pakistan is a complicated relationship for both of our countries, but one that we must work to improve,” he said.

‘Lynchpin’ of US strategy

Panetta called India the “lynchpin” of its strategy in Asia and vowed to expand defence ties between New Delhi and Washington. He said a new US strategy sought to “expand our military partnerships and our presence in the arc extending from the Western Pacific and East Asia into the Indian Ocean region and South Asia.”

“For this relationship to truly provide security for this region and for the world, we will need to deepen our defence and security cooperation,” Panetta, who met Indian leaders on Tuesday and Wednesday, said, adding that he believed the relationship “can and should become more strategic, more practical, and more collaborative.”

In his speech, he also called for a more active Indian role in Afghanistan. .

“I urged India’s leaders to continue with additional support to Afghanistan through trade and investment, reconstruction, and help for Afghanistan’s security forces,” he said.

(WITH ADDITIONAL input FROM AFP)